The Earliest Life of Christ Ever Compiled From the Four Gospels, Being the Diatessaron of Tatian (Circ 160) Literally Translated 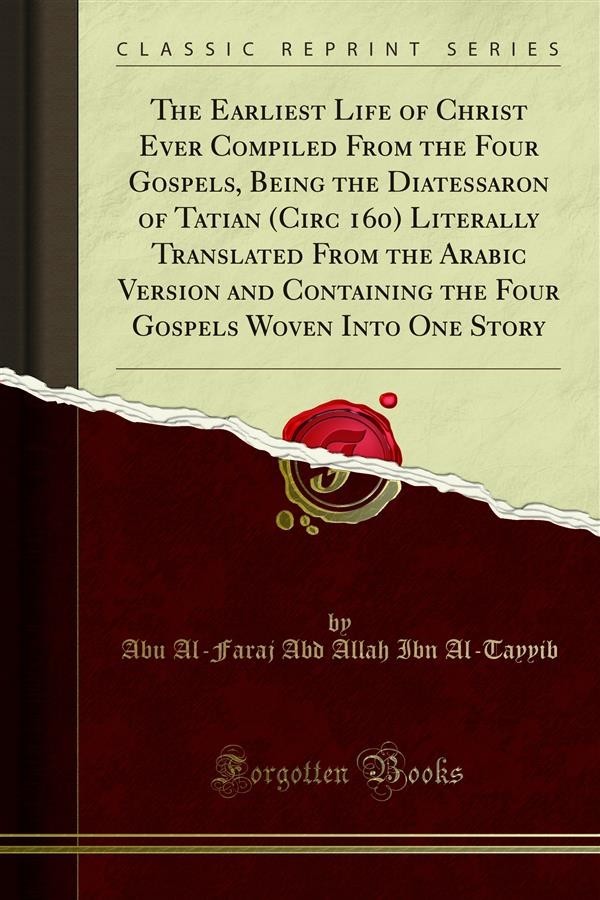 The Earliest Life of Christ Ever Compiled From the Four Gospels, Being the Diatessaron of Tatian (Circ 160) Literally Translated

Of the personal history of Tatian, the compiler of the Diatessaron, very little is known, and this little is chiefly derived from his extant work called An Address to Greeks. He there says: "I was born in the land of the Assyrians, and have been first instructed in your (i.e. Greek) doctrines, and afterwards in those which I now undertake to proclaim." Zahn thinks he was born about A.D. 110. He seems to have been a man of birth and fortune, and of exceptional literary powers, and occupied for a time the position of a Sophist. Animated by a keen desire to arrive at the truth respecting God and religion, he visited many countries, studying closely the worship of each. In Greece he obtained admission to the sacred mysteries; and subsequently he visited Home, arriving there about the middle of the second century. The effect of his intimate study of the heathen religions was a conviction amounting to absolute certainty that there was no truth in them, and that they exercised a corrupting and debasing influence on the soul. This was accompanied by a longing to ascertain the truth, and to be able to worship God in a way acceptable to Him. At Rome Tatian made the acquaintance of Justin; and it was probably he who drew his attention to "certain barbaric writings, too old to be compared with the opinions of the Greeks, and too divine to be compared with their errors" - in other words, the Old Testament Scriptures. Satisfied that he had found the truth at last, Tatian received instruction in the Christian faith, and became a member of the Church at Rome.