An Account of the Life of the Reverend David Brainerd 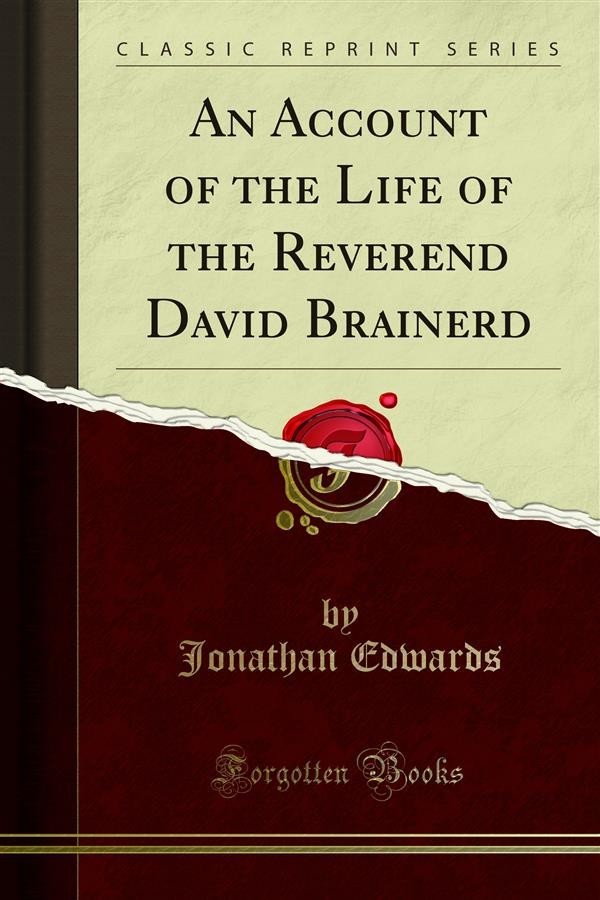 An Account of the Life of the Reverend David Brainerd

It is acknowledged on ail hands that one method of conveying religious and moral instruction is by example. This is a medium of disseminating truth, and extending the influence of virtue, which is accommodated to every capacity, and adapted in a peculiar manner to meet the feelings of mankind. Examples, drawn justly, exhibit the deformity of vice, and the beauty of virtue; not with the languor of mere speculation, but with the energy of striking fact, in which the legitimate effect of sentiment is seen. The example furnished in the following pages is that of strict and almost unvarying piety. The Christian life of Mr. Brainerd, though short, was lovely. It was such as has strikingly adorned the doctrine of God our Saviour, and, as delineated in this volume, presents the most salutary instruction to all descriptions of men. It is removed from ostentatious seeming zeal on the one hand, and a stupid inaction on the other; from enthusiasm and formality.