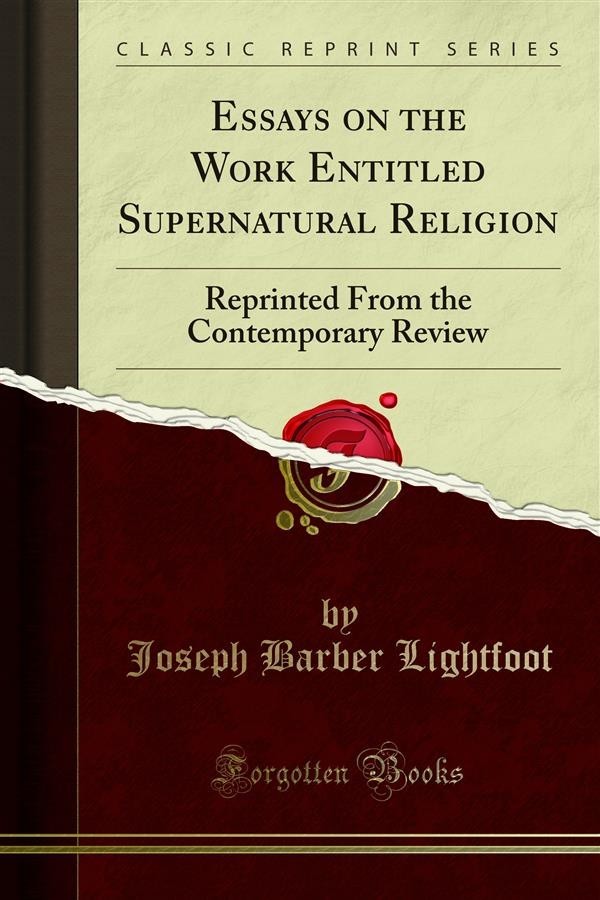 This republication of Essays which were written several years ago has no reference to any present controversies. Its justification is the fact that strangers and friends in England and America alike had urged me from time to time to gather them together, that they might be had in a more convenient form, believing that they contained some elements of permanent value which deserved to be rescued from the past numbers of a Review not easily procurable, and thus rendered more accessible to students. I had long resisted these solicitations for MM which I shall explain presently; but a few months ago, when 1 was prostrated by sickness and my life was hanging on a slender thread, it became necessary to give a final answer to the advice tendered to me. This volume is the result. The kind offices of my chaplain the Rev. J. R. Hariner, who undertook the troublesome task of verifying the references, correcting the press, and adding the indices, when I was far too ill to attend to such matters myself, have enabled me to bring it out sooner than I had hoped.<br><br>When I first took up the book entitled 'Supernatural Religion', I felt, whether rightly or wrongly, that its criticisms were too loose and pretentious, and too full of errors, to produce any permanent effect; and for the most part attacks of this hind on the records of the Divine Life are best left alone.