The Gospel According to the Hebrews 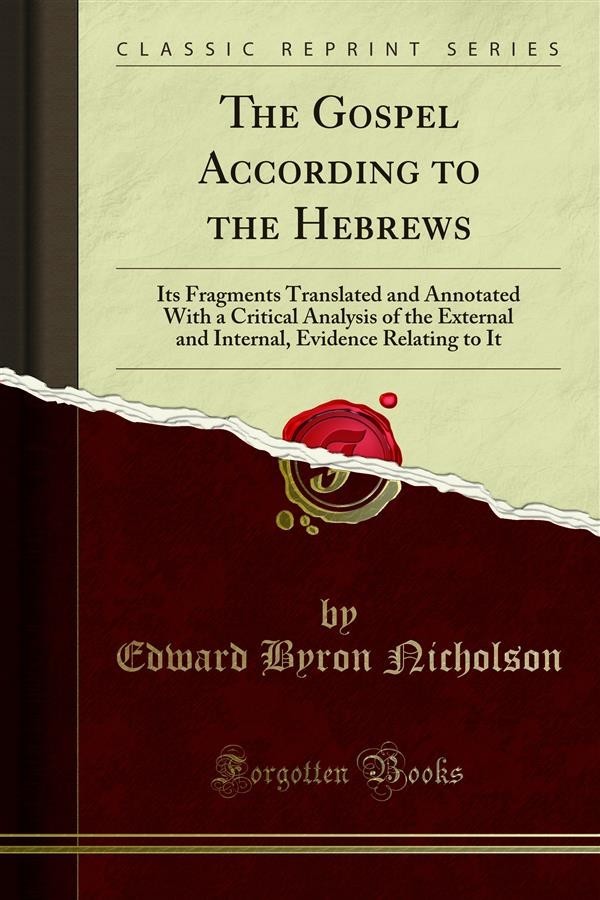 The Gospel According to the Hebrews

In writing an illustrative commentary (which will be published next January) upon the Gospel according to Matthew, I had to quote those fragments of the Gospel according to the Hebrews which answer to Matt. vi. 11 and xxiii. 35. This involved some notice of that work, and, as critical opinion about it was by no means unanimous, I resolved to make a full examination of it in an appendix. The appendix, however, soon became very awkwardly long, and was more over entirely out of character with the nature of my commentary; so that I determined to put it forth as a separate book.<br><br>No apologies need be made for doing this. Hilgenfeld's edition shows that even in Germany the subject is far from worked out; while the passage of twenty-six lines in Professor Westcott's Canon of the New Testament which purports to present the opinions of antiquity about this lost Gospel, and which has been reprinted without change twice if not three times since the appearance of Hilgenfeld's edition, shows that in England even Hilgenfeld is all but unknown.<br><br>I have aimed at accuracy and logical method, and have no excuses to make if I have fallen short of these aims.