Questions and Notes, Critical and Practical, Upon the Book of Leviticus 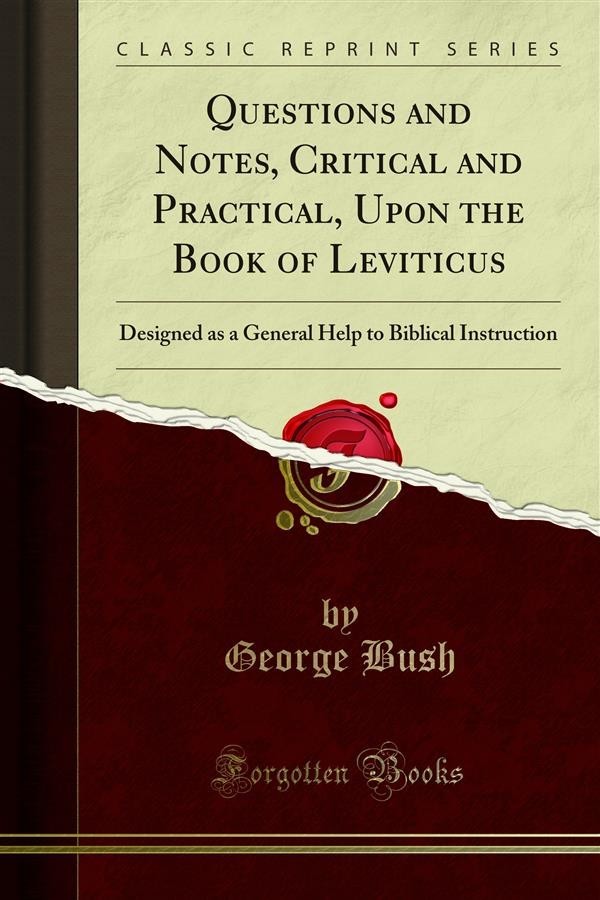 Questions and Notes, Critical and Practical, Upon the Book of Leviticus

What is the title of the third book of the Penteteuch, and from what derived ?<br><br>Ans. According to the usual custom of the Jews in denominating their sacred books, this is termed in their language, 'Vayikra,' and he called, from the Hebrew word with which it commences. Hut by the Septuagint and the Vulgate the title of Leviticus has been given it, and this name has been retained by all the modern versions. It is so called from the fact that it treats principally of the rites and ceremonies, the services and sacrifices, of the religion of the Israelites, the charge of which was committed to the Levitical priesthood, that is, to Aaron and his sons, or descendants, who were of the tribe of Leviy and who alone of that tribe exercised the priestly office. It is not, therefore, the ministry of the Levites properly so called, who constituted a distinct order from the priests, and subordinate to them, that forms the subject of this book, but the peculiar functions of the sacerdotal body; on which account it is sometimes called by the Rabbins, 'The Law of the Priests,' and 'The Law of Offerings.'<br><br>How does it appear that Moses was the real author of this book?<br><br>Ans. This is proved not only by the general arguments which demonstrate him to have written the whole Pentateuch, but by particular passages in other portions of the scriptures where it is expressly cited as his inspired work. Thus, Nehem. 8. 14. 'And they found written in the law which the Lord had commanded by Moses, that the children of Israel should dwell in booths in the feast of the seventh month.* This ordinance is contained Lev. 23. 34, 42.