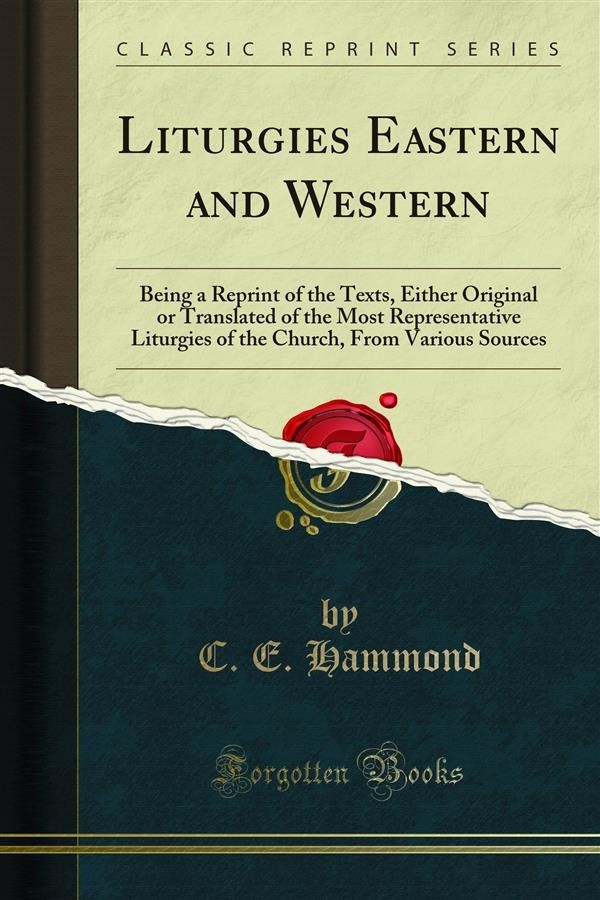 A small number of copies of the present volume have been issued with the title, 'Antient Liturgies.' As some misapprehension has arisen with reference to the meaning of the word 'antient' which the writer supposed himself to have sufficiently defined in the first paragraph of his Introduction, the title has been changed to its present form, viz. 'Liturgies, Eastern And Western.' And the writer desires to call the readers attention to the following points: -<br><br>1. The text of the Liturgy of Constantinople (pp. 82-131) is the one in present use, the Rubrics of which have been modified at various times.<br><br>2. Of the four Liturgies printed in parallel columns (pp. 284-362), the Roman is the authorized post-Tridentine text; the Ambrosian is the text sanctioned by a Bull of Alexander VI (A. D. 1497); the Gallican is arranged by Mabillon and Le Brun from the documents enumerated in the Introduction (chap. iii. 13). No Gallican Ordo (properly so-called) is known to exist. The Mozarabic is the text edited under the direction of Cardinal Ximenes (see Introd. pp. lxv, lxvi).<br><br>With the same object of obviating possible misapprehension, a slight alteration of wording has been made in pp. lxxii, lxxiii, and 284, 285.