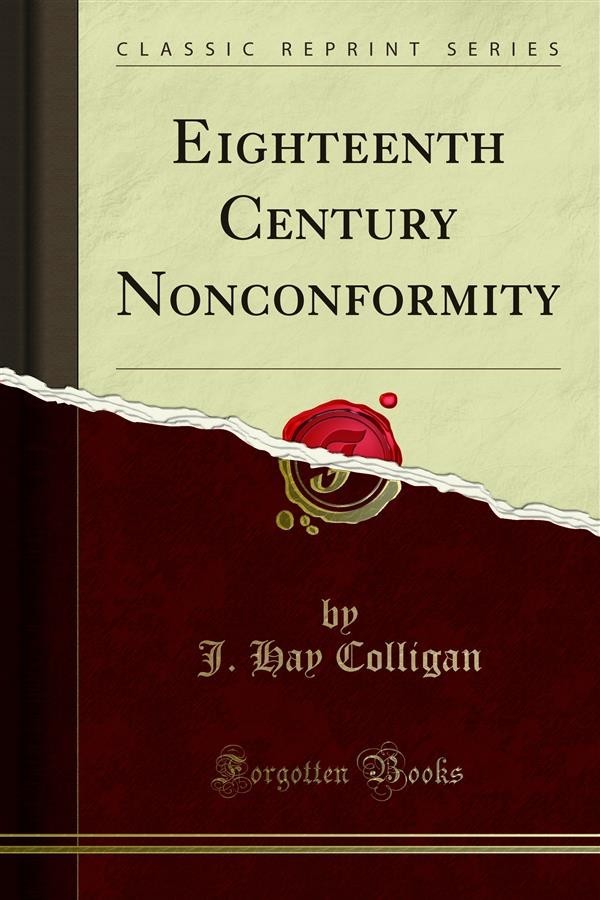 The following chapters are an attempt to separate the mass of detail in the history of Eighteenth Century Nonconformity, and to show the principles of development which were at work. It will be readily recognised by those acquainted with the period, that countless illustrations could have been given of the subjects referred to. It is hoped that what has been written will be sufficient to create interest, as well as to further local research, without which the complete history of Nonconformity will never be known.<br><br>Thanks are sincerely offered to the Librarian of the Memorial Hall Library, London, the Librarian of the Dr. Williams' Library, Messrs. Nicholson and Axon, Mr. R. S. Robson, and particularly to Professor Tout and the Rev. Alexander Gordon, the latter having kindly read the proof-sheets.