The Traditional Text of the Holy Gospels 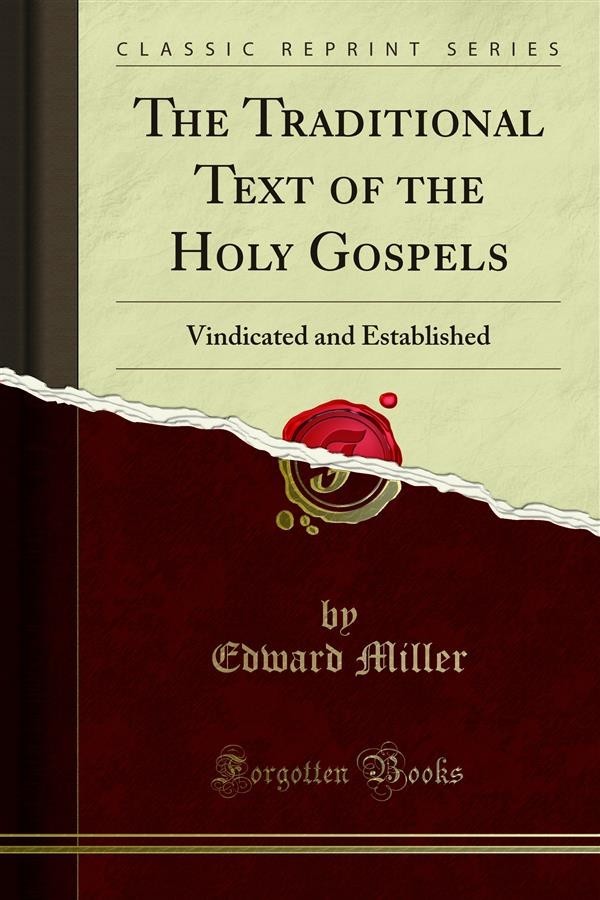 The Traditional Text of the Holy Gospels

I. Erasmus in 1516 edited the New Testament from a very small number of manuscripts, probably only five, in repute at the time; and six years afterwards appeared the Complutensian edition under Cardinal Ximenes, which had been printed two years before that of Erasmus. Robert Stephen, Theodore Beza, and the Elzevirs, also, as is well known, published editions of their own. In the latter edition of the Elzevirs, issued in 1633, occurred for the first time the widely-used expression 'textus Receptus.' The sole object in this period was to adhere faithfully to the text received everywhere.