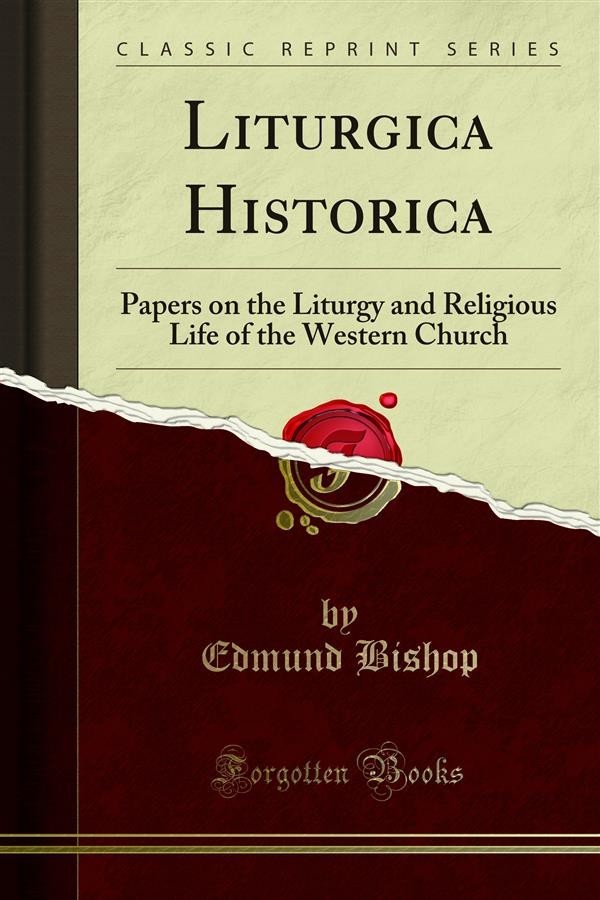 The papers contained in this volume were written in a period extending over the last thirty years. They may all, I think, be described as 'occasional'.<br><br>So far as those included in the first part ('Liturgica') are concerned, only one is really 'popular' - the first. The rest are more or less technical, though not perhaps always in the usual and proper technical form. In reprinting them I have reviewed and revised them all. To some new supplementary notes are added, running somehow in more than one case to a length almost equalling that of the original paper; and to all, or nearly all, additional foot-notes have been freely added. This new matter is printed in square brackets. A supplementary note which stood at the end of No. VII has been suppressed for reasons specified at p. 163. As regards No. X, On the Origin of the Feast of the Conception of the Blessed Virgin, there are reasons why it is altogether desirable to reprint it in the shape in which it originally appeared in 1886. And as it stands in this volume, the end of the supplementary note, pp. 250-9, is really the concluding part of the original paper itself. Had I to write such a paper now, and with present knowledge, it would be cast in a different shape. No. XV has been entirely rewritten and retains but a few shreds of the original preliminary notice in Neues Archiv.<br><br>Mgr Mercati has been kind enough to let me print here his paper More 'Spanish Symptoms' (No. VIII A), which first appeared in the Journal of Theological Studies.<br><br>It may be well to explain what is the object of, what is the connecting link between, the very miscellaneous-looking papers composing this first half of the volume.