Anæsthetics in Practice and Theory 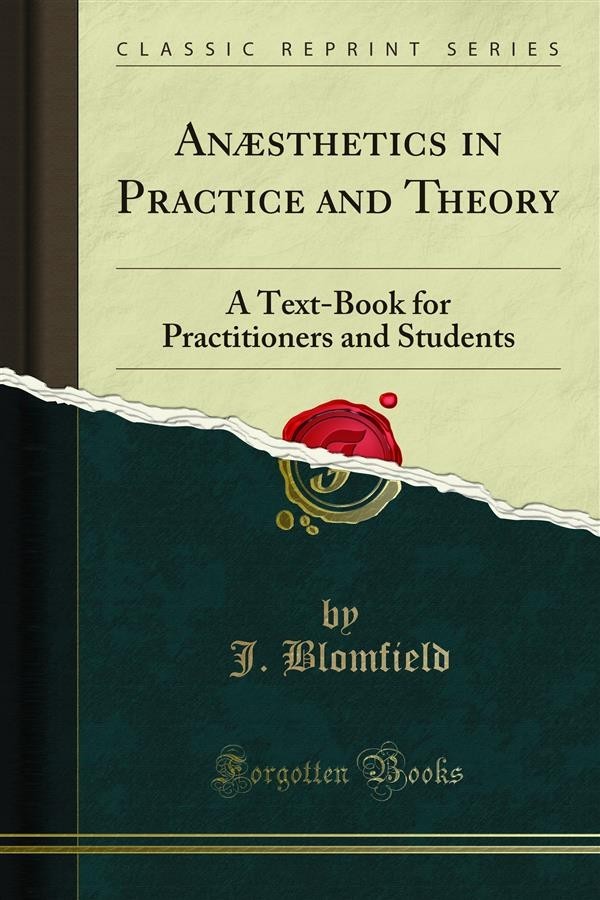 Anæsthetics in Practice and Theory

The art of giving anæsthetics is ancillary to that of surgery. The brilliant development of the latter in modern times has inevitably stimulated the progress of the former, on which at the same time it has partly depended. It has even happened that, in intra-thoracic surgery, an extension of the lesser has opened the way for fresh advance by the greater sister art. This book endeavours to put before the student and practitioner a comprehensive account of the best current opinion and practice of anæsthetics, as well as the results of the writers own experience. He hopes to succeed at least in helping those who are beginning to practise this branch of medicine and to interest those who have already gained experience. The attraction even of a practical occupation like anæsthetics is heightened both by a knowledge of its past and by speculation as to its future. Although neither of these may bear directly upon the actual giving of anæsthetics, I have ventured to indulge a little in both.<br><br>As might be expected, the history of attempts to produce unconsciousness as an aid to surgery begins hundreds of years ago. Over all this early history I do not propose to linger. It is already to be found in several books, and will be but the same if repeated in another. Suffice it to say that although the most ancient writings, the Bible, the Talmud, the "Odyssey" of Homer, contain references to the use of drugs for alleviation of pain, the first known reference to such use in order to combat the pain of a surgical operation is found in the works of Dioscorides, who was a contemporary of Pliny, who died in 79 A.D. Pliny himself speaks of the juice of certain leaves taken before cuttings and burnings to produce sleep.<br><br>The root and the leaves of the mandrake (Atropa mandragora) were the narcotic agent employed in those far-off days, and it is instructive to notice that an allied plant, belladonna, has come recently into extensive use in connection with the induction of anæsthesia. Indian hemp (Cannabis Indica) was used by Hoa-Tho, a Chinese practitioner of the third century.