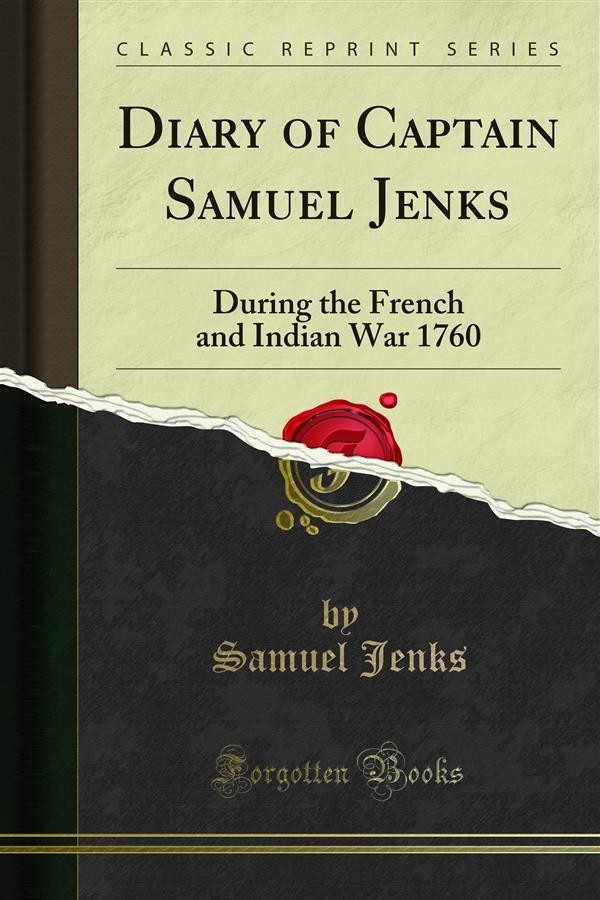 Samuel Jenks was born in Lynn, Mass, March 12, 1782. He learned his trade (that of a blacksmith) from his father, and wrought at it successively in Chelsea (on Point Shirley), where the journal following shows that he was residing in 1760, when he started on the campaign which it records, and in Medford, Newton, — where his son William (h. C. 1797, and member of our Society for many years) was born, and in Boston. In the Boston Directory of 1789, the first published, his name appears, Jenks, Samuel and Son, black smiths and bellows makers, at the Sign of the bellows, Gard ner's Wharf, Ann Street; and in that of 1796, which appears to have been the next one published, his residence is given on Cross Street, where he was known to have been living in 1787, when the same son entered the Boston Latin School. He died at Cambridge, June 8, 1801.