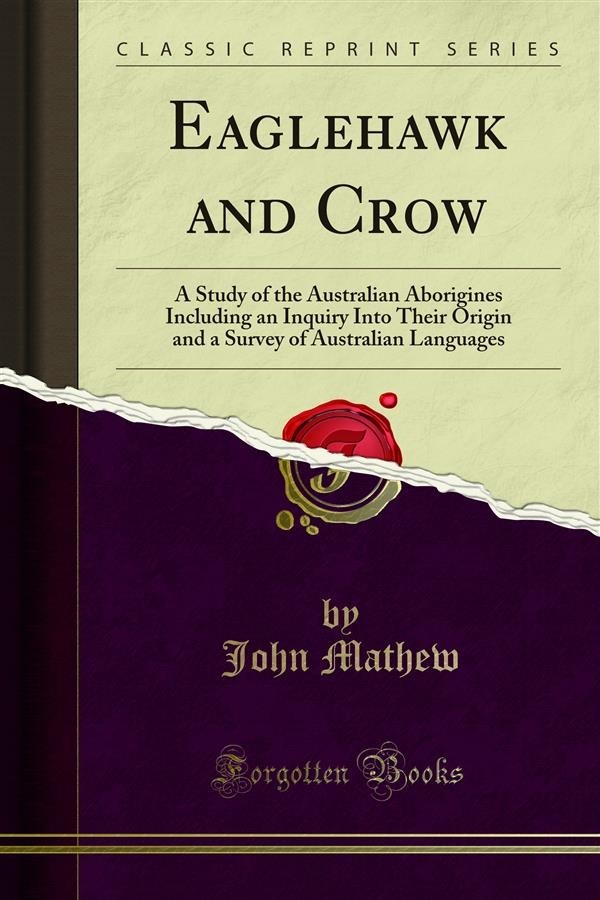 The distribution of language proves that settlement was first in the north-east, for there the lines of language converge.<br><br>In my paper in the Proceedings of the Royal Society of New South Wales 1889, I demonstrated as I had never seen done before, that the language of the extinct Tasmanians was the substratum of Australian languages, leading to the conclusion that the Tasmanians were the first occupants of Australia, and settling, I hope, a question which had previously been in doubt, viz., the relation of the Tasmanians to the Australians. Further research confirms the view then advanced.<br><br>The amalgamation of two races I offer as a probable explanation of the existence of two primary exogamous classes throughout at least the greater part of Australia, and presumably throughout the whole.<br><br>My account of Australian Cave Paintings is an expansion of a paper which appeared in the Journal of the Anthropological Institute for 1893.<br><br>I attach special importance to the linguistic portions of this work. The classification of Australian languages is new, and based upon a comprehensive study of them. That Australian words have a history, and are not mere arbitrary sounds, is, I trust, clearly proven. I have shown how some of them have passed from one end of Australia to another, and have traced their changes. I hope that the original and systematic treatment of the Australian numerals will be acceptable and the vocabularies helpful to philologists.<br><br>Obligations have usually been acknowledged in loco. To Mr. E. M. Curr's work I am specially indebted.<br><br>Authorities for the vocabularies are all given. Several correspondents have contributed valuable information as well as vocabularies, in response to printed queries.