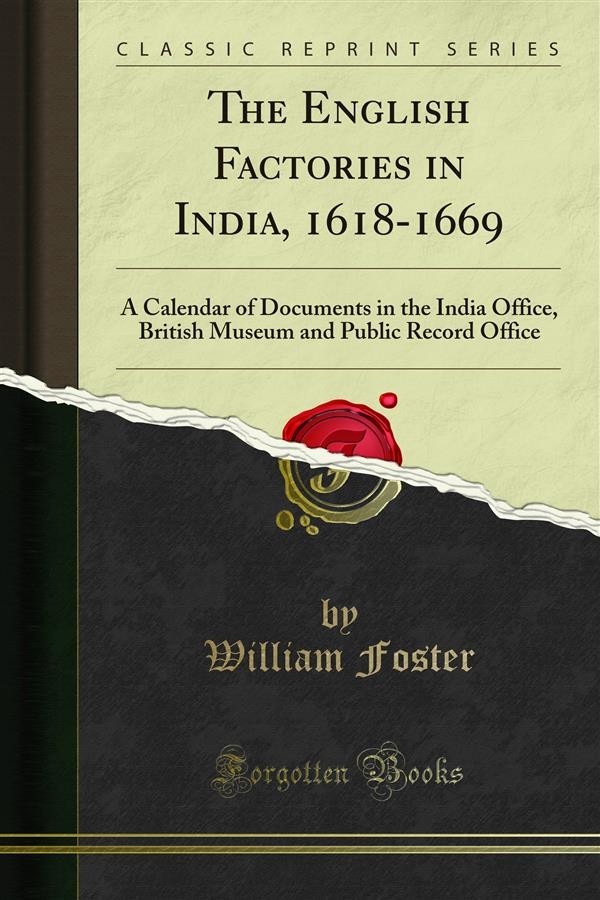 The present volume covers only three years, as compared with the previous average of four; but it contains the same number of documents as the last instalment, viz. 320, and some of these are so important that it has been found necessary to deal with them at considerable length. Naturally, the chief source has been the India Office collections - particularly the Original Correspondence series, the Sural Factory Records, and the Marine Records. The Public Record Office has contributed only three documents; and the MSS. Department of the British Museum nineteen. No Indian Record Office has any for this period.<br><br>As the preceding volumes contain many references to what has hitherto been known as the East Indies series at the Public Record Office, it may be well to note that that series has recently been renamed Colonial Office 77.<br><br>Thirteen of the letters here dealt with have already been summarized in Mr. W. N. Sainsbury's Calendar of State Papers, Colonial, East Indies and Persia, 1630-34. With that volume Mr. Sainsbury's admirable series came to an end; and consequently in the present instalment we break ground which has been practically untouched by previous workers. Moreover, the period was a particularly eventful one.