A History of Medieval Political Theory in the West 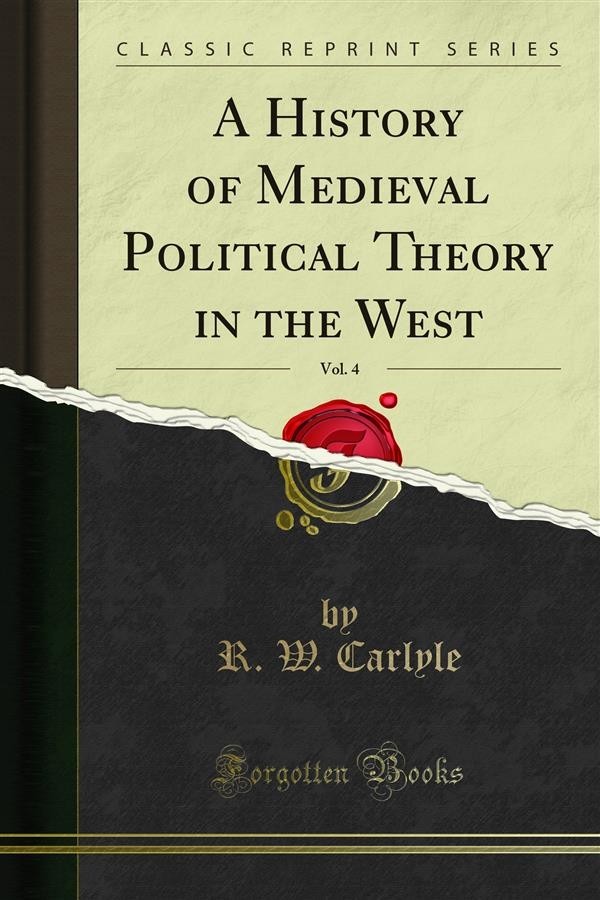 A History of Medieval Political Theory in the West

In this volume I have endeavoured to put together some detailed account of the theories of the relations of the Papacy and the Empire from the beginning of the tenth century to the latter part of the twelfth. I have not endeavoured to deal with the more general subject of the relations or oppositions of the ecclesiastical order and the secular. Some aspects of these have been already discussed in the first and second volumes of this work, and we shall probably return to them in the next volume; but I should like to remind our readers that the subject of this work is not the history, either civil or ecclesiastical, of the Middle Ages, but the political theories, and we deal with the relations of the Temporal and Spiritual powers only so far as they seem to us to have tended to influence the development of these theories.<br><br>I do not indeed think that these relations had as much effect upon political theory in general as has been sometimes suggested. The great political conceptions of the Middle Ages, the supremacy of law, the authority of the community, the contractual relation between ruler and subject, were only incidentally affected by the question of the relations of the two Powers. And yet I think that we are justified in devoting a whole volume to the conflicts of the Empire and the Papacy in the eleventh and twelfth centuries for two reasons.