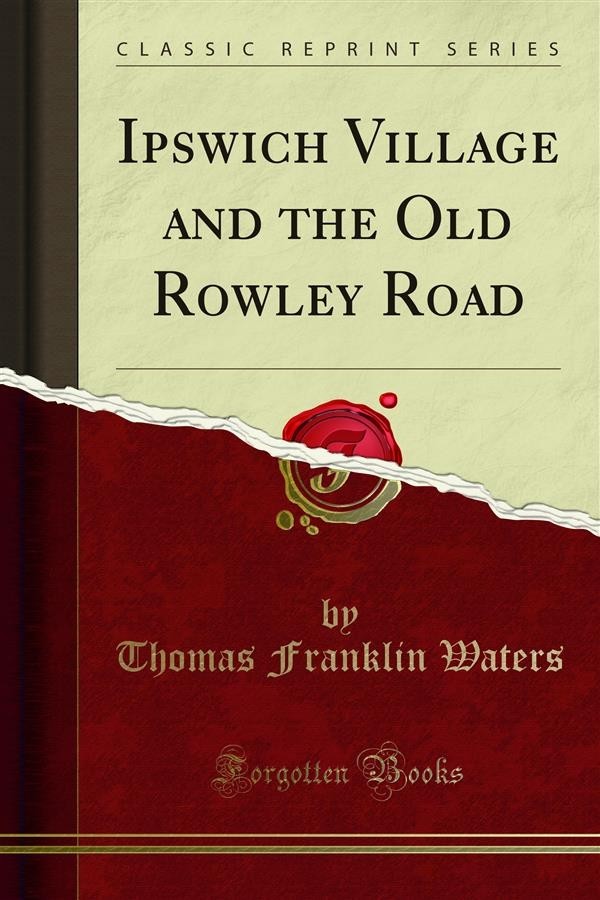 Although the story of the Village will be regarded probably of greater interest and value than the history of the pastures and house lots that intervene between it and the Town proper, it has seemed best to make this study of all the lots that the land holdings may be well covered, and to trace the lands on both sides of the road, before the group of ancient farms that form the Village is considered.<br><br>No section of our Town has more substantial and picturesque interest than this quiet neighborhood. Its close connection, geographically and socially, with Rowley, separated it from Ipswich to such a degree that the Town Clerk of the olden time made very incomplete entries of the births, marriages and deaths, which have been preserved fortunately in the Rowley church records. To supply this deficiency in some degree, and to give living personal interest to the ancient families, the family histories have been sketched with considerable detail.<br><br>The author is indebted to Dea. A. Everett Jewett for many items of especial interest, and to Mr. John W. Nourse for his contributions to the story and his skilfully drawn diagram.