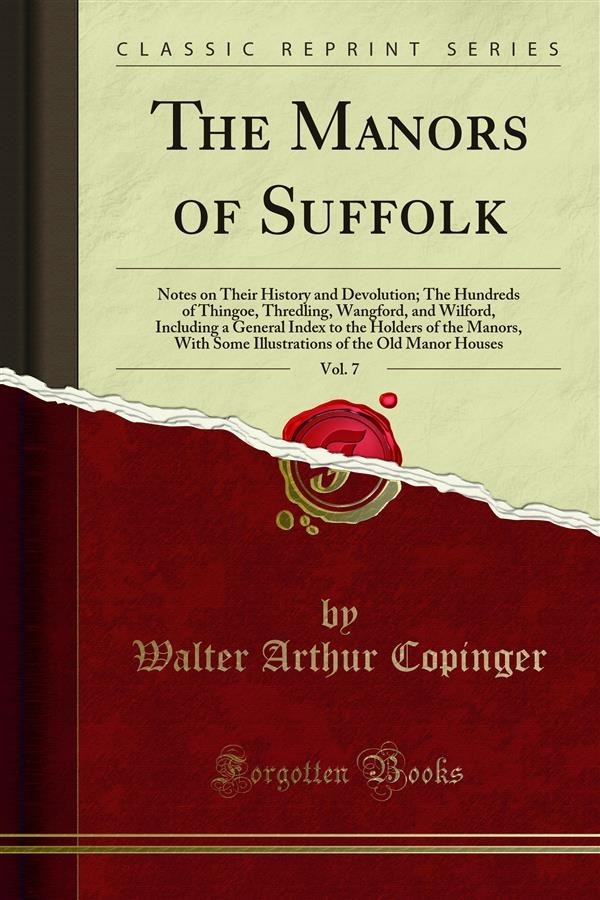 The Author, on completing the task he undertook of writing the History of the Manors of Suffolk, desires to thank his subscribers for the support they have extended to him. The whole of the seven volumes were written before the first was sent to Press, or the author would not have ventured to promise what he had not already performed!<br><br>To this volume is added what might be termed a "Working Index." In order to obviate dealing with the various families many times over, it became necessary to make such an Index while the work was yet in manuscript, and it has occurred to the writer that the Index might have some value now the work is in type. He would, however, point out that it is quite possible that as the work passed through the Press, additions or alterations have been made which are not noted in the Index. He is not aware of any, but thinks it but right to state that he could not undertake the task of verifying this Index from the printed copies of the seven volumes. Some of the subscribers have suggested that a portrait of the author should be given in this last volume, and the author has had the weakness to fall in with the suggestion, which was no doubt a conservative survival of the old county history feature. It only remains to point out what may not be known to all the subscribers - that the result that the six volumes of the "Records" and the seven volumes of the "Manors" which would leave the author's contribution to the County of Suffolk at the unfortunate number of thirteen, is nullified by the fact that his "History of the Parish of Buxhall" makes a fourteenth volume, which he has had the pleasure and the privilege of contributing to his much-loved County of Suffolk.