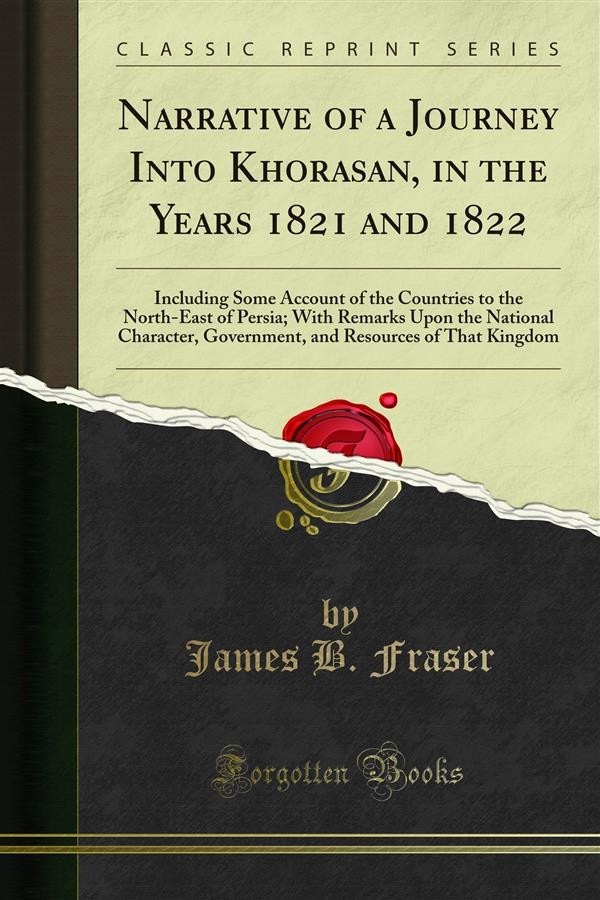 So many works relating to Persia have of late years appeared before the public, that some account may be expected of the motives for bringing forward another volume upon the same subject.<br><br>The author when he determined to travel in Persia, resolved also to devote all the time he could command, to exploring new tracts, and thus to exert his best ability in adding to the information already before the public, rather than to follow in the course of former travellers. With this object in view he proposed to himself to leave the beaten track as soon as possible, and as the country to the east of Tehran had not been visited by Europeans for many years, he selected it as a fit field of enquiry; and purposed to proceed through Khorasan, by such route as might promise to be most interesting, to Bockhara and Samarcand, or even further to the eastward, as circumstances might suggest or admit.<br><br>With the wish of rendering this journey as useful as possible, he supplied himself with the best instruments that India could afford, for taking astronomical observations to fix the latitude and longitude of the various places through which he should pass; and these, as will be seen in the sequel, were constantly and assiduously employed.