The Origin and History of Irish Names of Places 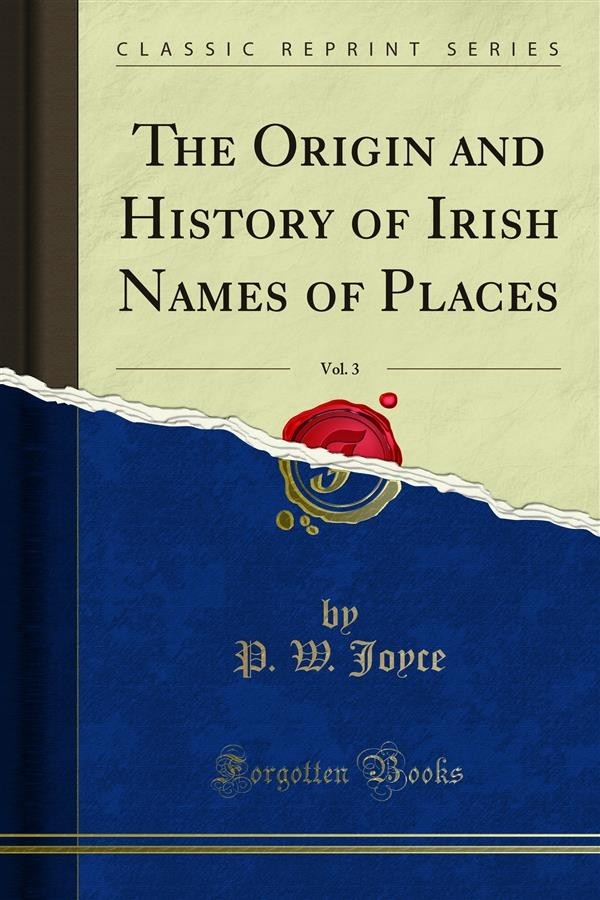 The Origin and History of Irish Names of Places

The first volume of this book was published forty-four years ago, and the second a couple of years later. These two volumes were the first ever written on the subject of Irish Place-Names. They were well received, so that they have, in the interim, passed through many editions, and they still command a steady sale.<br><br>For nearly forty years after the appearance of these volumes, no other book was issued on the subject, though there were some pamphlets and short articles. The long spell of silence was broken at last by the Rev. P. Power, who published, in 1907, an important book, "The Place-Names of Decies," dealing with the local names of the two Decies baronies, including a large part of the county Waterford, with a margin extending into other parts of the county and into South Tipperary. The author, an Irish speaker, went through this district, examined the places for himself, and took down the names as he heard them pronounced by the native Irish speakers. So that here we have a book resting on solid ground. I have sometimes quoted from this book - always with acknowledgment.<br><br>I have good reason to hope that before long the place-names of South Cork will be similarly dealt with by a competent native scholar.<br><br>The sources from which the Irish forms and the meanings of the names in this third volume have been obtained, are much the same as for the first two, which will be found fully set forth in the first chapter of Volume I.