A Popular Treatise on the Winds 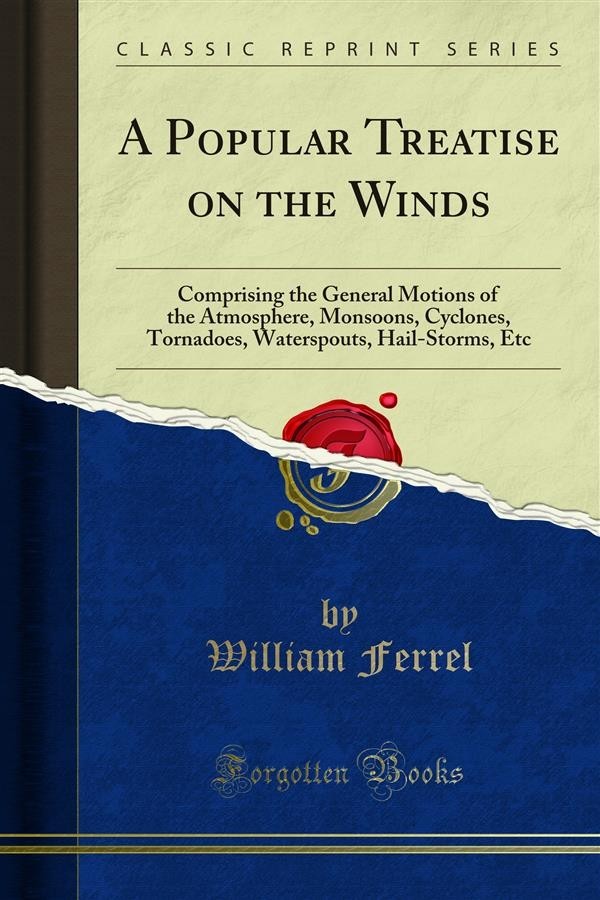 A Popular Treatise on the Winds

Since the middle of the present century great advances have been made in meteorology, especially in the study of the mechanics of the atmosphere. Before this epoch little was known even with regard to the general motions of the atmosphere, the true theories of cyclones, tornadoes, water-spouts, hail-storms, cloud-bursts, etc., were entirely unknown, and the observed phenomena were mostly regarded as mysteries. Although there are still some, things which require more study and further explanation, yet these subjects have now become much clearer and better understood; and so great has the change been, that the recent advances are often called the "new meteorology."<br><br>During this period of advancement the writer has had published a number of meteorological papers in an endeavor to advance our knowledge in the subjects mentioned above. The first of these, entitled "An Essay on the Winds and the Currents of the Ocean," was published in the Nashville Journal of Medicine and Surgery in the year 1856. The writer's attention was first directed to this subject by reading Maury's Physical Geography of the Sea, from which he learned that the pressure of the atmosphere is less both at the poles and at the equator of the earth than it is over two belts extending around the globe about the parallels of 30° north and south of the equator. An attempt to account for this phenomenon, which was then inexplicable upon any known principles, resulted in the essay named above.