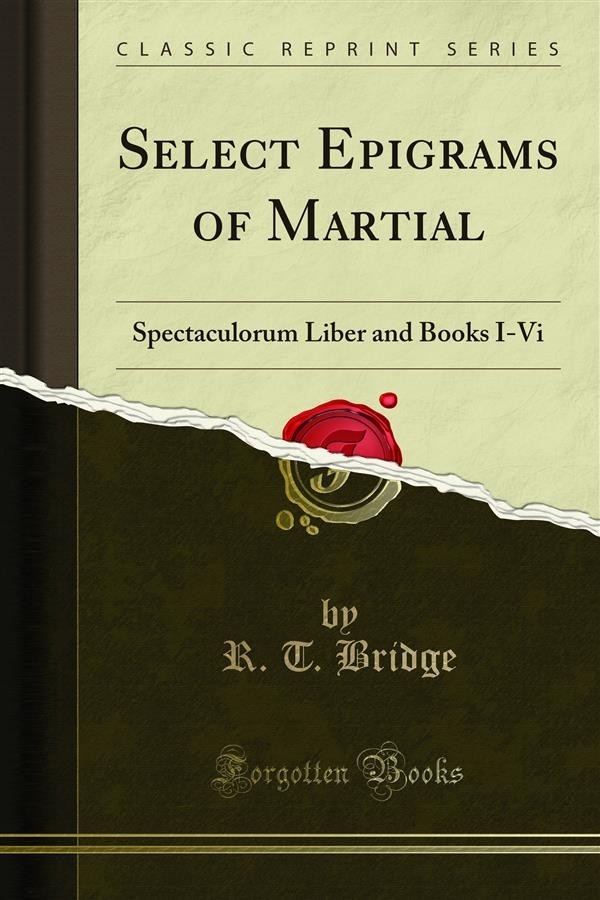 This edition of selected epigrams from the first six books of Martial is intended for the use of upper forms in schools. There are two reasons why Martial should be read in these forms. In the first place, his epigrams belong to a distinct species of literature, characteristically Roman both in form and matter. Secondly, Martial throws a valuable and instructive light on the social life of Rome in the first century of our era. If these are the two reasons why boys still at school should read Martial, yet it is probably true that they should read him rapidly and without the rigid attention to detail which is necessary in studying the best classical writers. It has been our aim, therefore, to keep our notes concise, and not to fill the place of the dictionary and the atlas, but, as far as possible, to make clear the thought and point of each epigram. With this end in view a short abstract of the meaning is prefixed to the notes on each poem, but few attempts have been made to supply ready-made translation.<br><br>In the Introduction has been added a connected account of certain features of Roman life which are constantly referred to in the epigrams; this seemed better than writing short and scattered notes on the passages concerned. We have also given a biographical index of some of the proper names occurring in the text, and we hope that our general index may be of use in finding references in the poet to the many features of Roman life on which he touches.