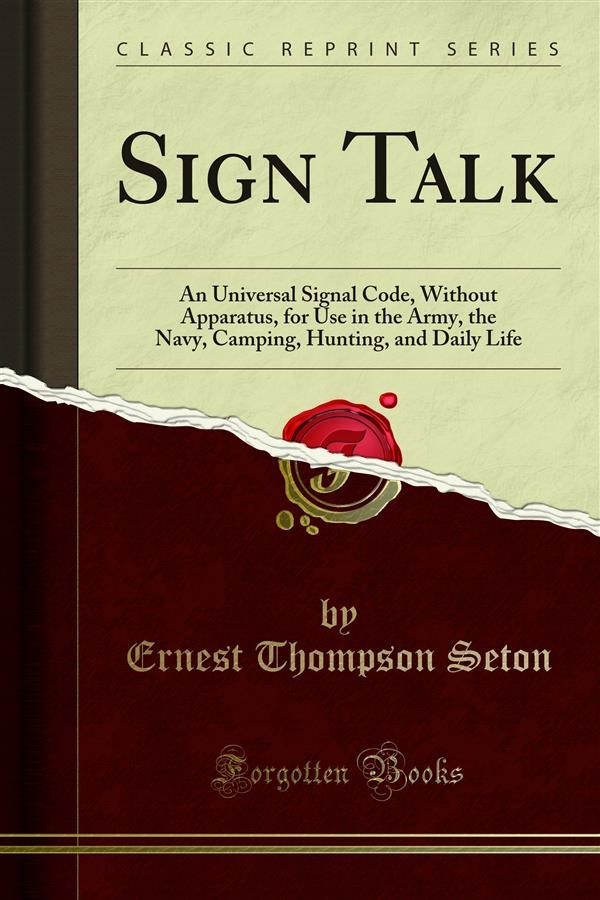 Many thoughtful men have been trying for a century, at least, to give mankind a world-speech which would overstep all linguistic barriers, and one cannot help wondering why they have overlooked the Sign Language, the one mode common to all mankind, already established and as Old as Babel. Yes, more ancient than the hills. As far back as the records go, we find the Sign Lan guage in use. General Hugh L. Scott has pointed out nineteen examples in Homer. Greek vases, Japanese bronzes, ancient Hindu statuary, as well as songs and legends older than history, give testimony in like tenor. While Egyptologists remind us that the oldest records show, not only that the Sign Language was then used, but that the one original code was much like that in use to-day. The fact that it is yet found all over the world wherever man is man, is proof of its being built on human nature in the beginnings. We might even argue that it is more ancient than speech.