Songs From the Ghetto 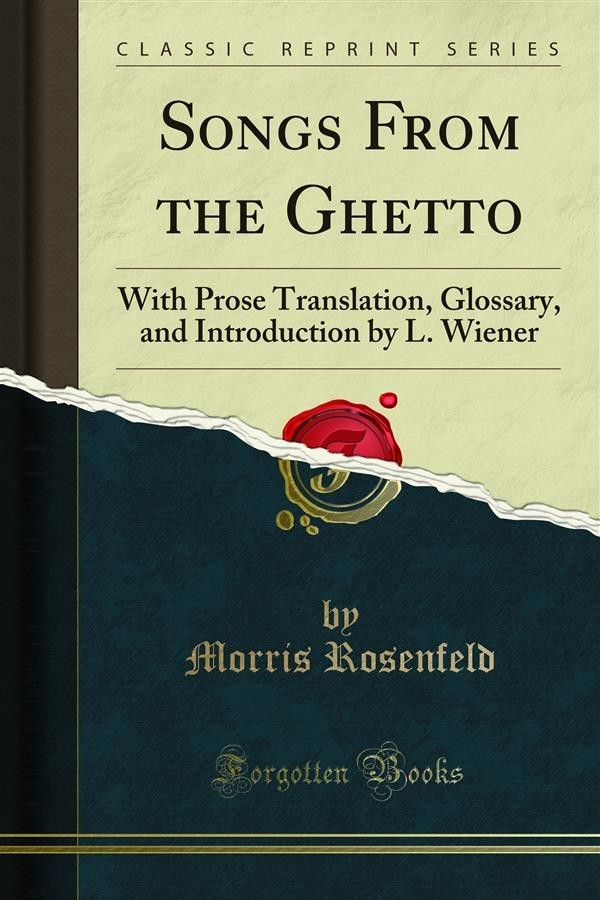 Songs From the Ghetto

Yiddish, or Judeo-German, is a group of dialects spoken by the Jews of German origin in Russia, Austria, and Roumania. Originally not differing from the local dialects of the Middle Rhine, it has incorporated in the diaspora a large number of Slavic and Hebrew words so as to become unintelligible to the average German reader. To neutralize this difficulty to a certain extent, Mr. Rosenfeld's language, which belongs to the Lithuanian variety of Judeo-German, has been presented in this book as far as practicable in the orthography of the literary German. The apparent discrepancy in the rhymes thus produced will disappear if the following is observed: -<br><br>The consonants have all their German values, and ž is like French j. The vowels are nearly all short, so that ü, ie, i are equal to German i; similarly ä, ö, eh, ee are like G. short e. The G. long e is represented by ē, oe, and in Slavic and Hebrew words also by ee. Ei and eu are pronounced like G. ei in mein, while ēi is equal to G. ee; ā and o are G. short o; au sounds more like G. ou, and au and o resemble G. oi. The Slavic and Hebrew words are spelled phonetically, and the latter differ consequently from the transliterated forms in scientific works.