The Vaisnava Literature of Medieval Bengal 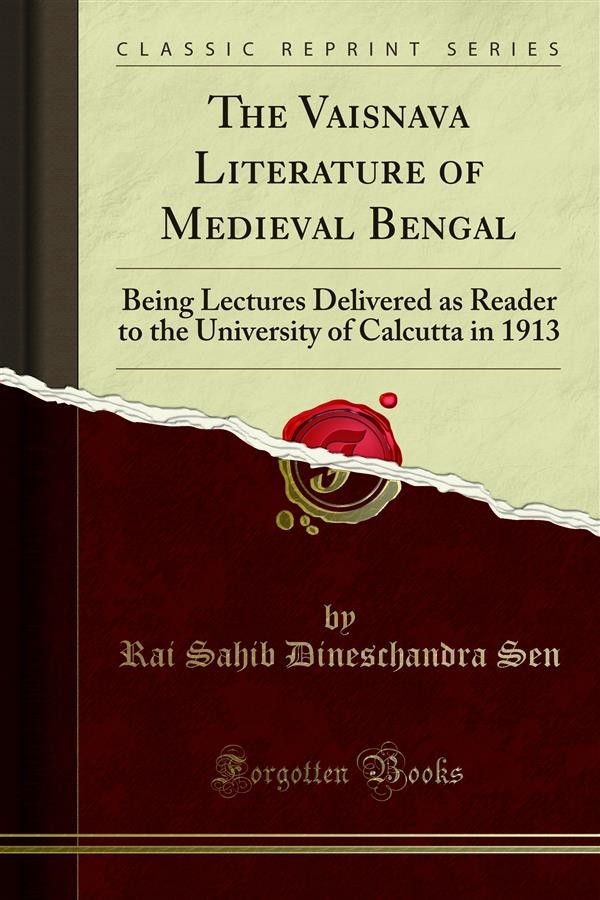 The Vaisnava Literature of Medieval Bengal

The author of these lectures (his audience must have found them equally instructive and delightful) has asked me to write a few words of preface to his volume. He has old claims upon my friendship and regard, which make it impossible for me to plead my incompetency. There is, I suppose, no Englishman living who can speak with any show of authority on the subject of these lectures, the Vaisnava poetry of Bengal in the sixteenth and seventeenth centuries of our era. To me at least, the perusal of my friends book has been an introduction to a world only hitherto known to me by hearsay and (partly) by vague memories of hymns sung to me in my distant childhood in Calcutta. I was half inclined to refuse a task for which I can plead no special fitness. On second thoughts, however, it seems to me that there are two matters of which I can speak in such fashion as may possibly be of use to readers of this book.<br><br>When I mention two different subjects of which I might write without excessive presumption, I am thinking of two classes of readers into whose hands these lectures will probably fall. These are, firstly, European readers who know little of the special Hindu beliefs of Bengal and to whom Chaitanya Deva is but a name. Secondly, there are those who, being themselves Bengalis or having spent many years in Bengal, will regard the poetry of which the author treats as a branch, a delightful and truly indigenous branch, of a literature with which they are already familiar.