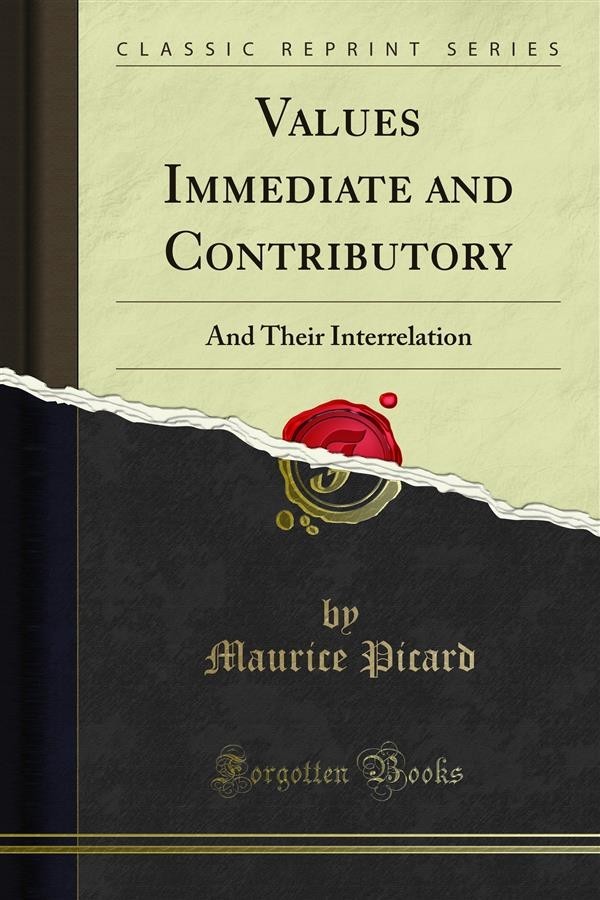 In would seem that an apology is due from me to Professor W. M. Urban for not having discussed his significant contribution to value-philosophy, entitled, Valuation, Its Nature and Laws. My omission is not due to any failure to recognize that Professor Urban is, in this country, the most eminent representative of a large school of value-philosophers, among whom are A. Meinong, C. V. Ehrenfels, and G. Simmel. My reason for not discussing their views in the present work is similar to that which prompted me to pass by Münsterberg's The Eternal Values. Here are two schools of value-philosophy with presuppositions radically different from my own. That school which Professor Urban so well represents finds the locus of value in the "worth-fundamental," discovered by an analysis of mental life. Münsterberg finds value in the region of the human will, and he believes that value implies an overpersonal, metaphysically absolute will. Both find value primarily to be a quality which colors certain mental states - Münsterberg believes that it points toward an objective "Overself."