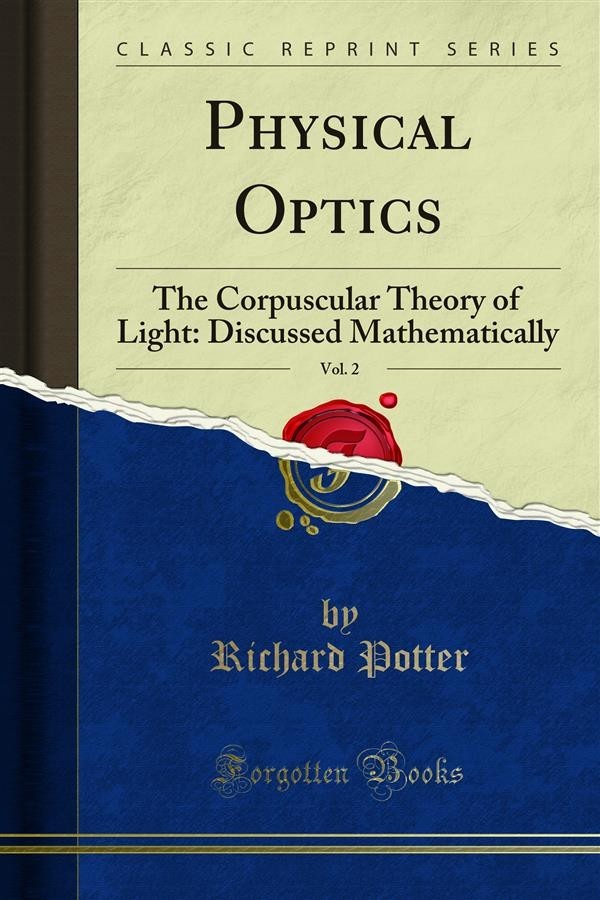 The proposal of a vibratory theory of light by Des Cartes was of little value until Huygens advanced to the undulatory theory, which he left nearly as it is at present received, but with the hypothesis of transversal vibrations added by Dr Young and M. Fresnel to account for the polarization of light. Newton, having adopted a mixed vibratory and corpuscular theory, was by his doctrine of the polarization of light enabled to give a reason for phenomena observed in the double refraction of calc spar which Huygens could not reconcile with an undulatory theory. Newton was, however, unfortunate in his hypothesis of 'fits of easy reflexion and transmission,' formed to account for the occurrence of periodical colours; and his great authority during a century prevented the doctrine of interference, which had been advanced by Dr Hooke, from being accepted as the true explanation of the several cases investigated.<br><br>The Newtonian theory numbers, however, amongst its disciples the great names of Laplace and Malus, and the latter must ever rank as a chief leader in the advance of Physical Optics, by his mathematical investigations and his discovery of the polarization of light by reflexion at transparent surfaces.