The Elements of Spherical Trigonometry, for the Use of Schools, Etc 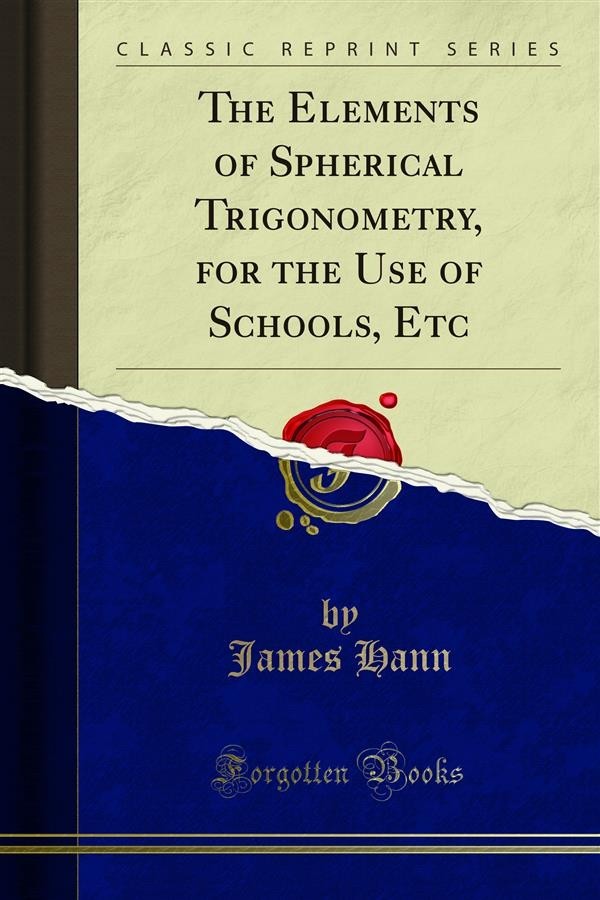 The Elements of Spherical Trigonometry, for the Use of Schools, Etc

In the compilation of this work, the most esteemed writers, both English and foreign, have been consulted, but those most used are De Fourcy and Legendre.<br><br>Napier's Circular Parts have been treated in a manner somewhat different to most modern writers. The terms conjunct and adjunct, used by Kelly and others, are here retained, as they appear to be more conformable to the practical views of Napier himself.<br><br>There are many other parts connected with Spherics that might be treated of, but which are not adapted to a Rudimentary Treatise like the present; those, however, who wish to see all the higher departments fully developed, must consult the writings of that distinguished mathematician, Professor Davies, of the Royal Military Academy, Woolwich.<br><br>Hutton's Course, the Ladie's and Gentleman's Diaries, (latterly comprised in one), Leybourne's Repository, the Mechanics' Magazine, and various other periodicals, teem with the productions of his fertile mind, both on this and other kindred subjects.