Jacob Hamblin, a Narrative of His Personal Experience, as a Frontiersman, Missionary to the Indians and Explorer 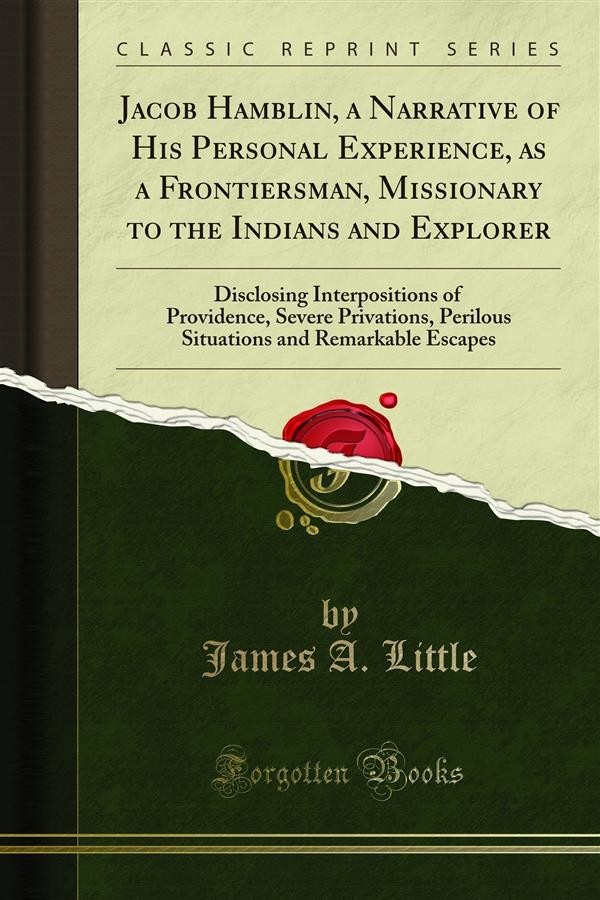 Jacob Hamblin, a Narrative of His Personal Experience, as a Frontiersman, Missionary to the Indians and Explorer

In issuing to the public this, the Fifth Volume of the Faith-Promoting Series, we feel that we are making an addition to our home literature that will be appreciated by the Saints generally. The manner in which the former volumes of this Series have been received, encourages us to entertain this hope.<br><br>Brother Jacob Hamblin has spent the most of his life as a faithful, humble worker in the cause of God. Though he has labored as a missionary such a great proportion of his time during the past forty years, it has been in a sphere which has not brought him into prominence before the public. Even his name has seldom appeared in public print. Brother Hamblin has never sought notoriety. He has been prompted by motives far more noble. He is such a modest man that he would be content to ever remain in obscurity. Indeed, it was only after earnest solicitation that he was induced to narrate, for Brother James A. Little's pen to record, the incidents herein published. However, though not written for that purpose, we trust the publication of this book will result in making him better known and appreciated by his brethren atd sisters. It is a simple, unvarnished recital of incidents of thrilling interest, remarkable adventures and special manifestations of providence, that we think cannot fail to entertain and benefit all who read it.<br><br>Brother Hamblin's testimony of God's goodness towards him, and His willingness to answer prayer, should inspire and strengthen young Latter-day Saints.