Catalogue of an Entirely New Series of Photographs 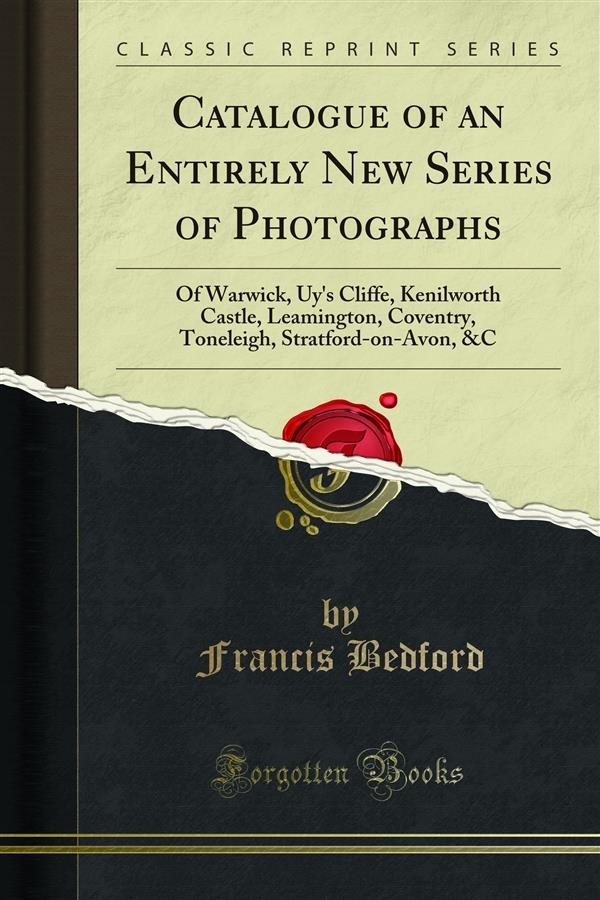 Catalogue of an Entirely New Series of Photographs

The scenery of Stratford and its neighbourhood is not, strictly speaking, romantic, but here and there it is eminently beautiful and almost everywhere it is pleasant, not only in itself but also in its associations. Of the fine open valley on the left bank of the Avon it forms a central attraction. We look upon the river ﬂowing windine through the fertile meadows of the dale, with singular complacency, and this is heightened into delight as the eye takes in the upland ranges, the tree-mottled heights and the pretty pastoral villages which engird it. Though now, for the most part, a neatly built modem-looking township, the traditions and associations of the place have quite properly given a sort of Elizabethan, we had almost said Shakespearean touch to its recent progress and improvement. It carries on indeed some trade in com, malt, ales, &c., but it is not on account of its manufactures or commerce that Stratford is annually the resort of thousands of enthusiastic pilgrim spirits it is because, of this England of ours, the noblest product of it, priceless Shakespeare was born, lived and died in it.