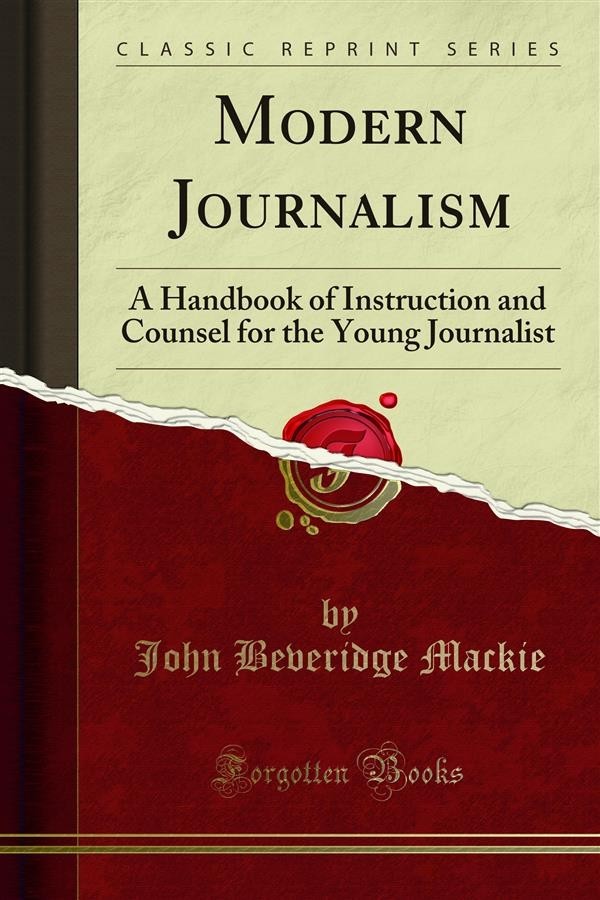 For many pressmen the district-correspondentship has proved the first rung of the professional ladder. Sometimes the appointment is self-created. A town or district has fallen out of news connection with the great newspaper world, taking in news but giving out none, until the occurrence of some important event a startling disaster, it may be, or the visit of a high personage — fastens public attention upon it, and a man, it may be even a youth, of intelligence and enter prise supplies an account which at once makes him famous. Forthwith the leading newspapers apply for his services, and if he has push and energy he reaps a rich harvest. The incident which he utilises not only proves a windfall for himself, but serves as an introduction to a profitable newspaper connection. Or it may be that the appointment is created and made valuable, not as the result of (for the young journalist) a lucky accident, but as the outcome of intelligent watchfulness and untiring industry. The unattached district-correspondent, who is familiarly styled a penny-a-liner, keeps his eye and his mind open. He is prompt not only to make the most of a comparatively commonplace event, but in finding a market for his news. Obviously the larger the number of his clients is, the greater and more easily made becomes his income. He manifolds his paragraphs and reports if they are to be sent by post; and a few lines used by a number of papers, each paying at the rate of a penny per line, produce a fair return for the effort expended.