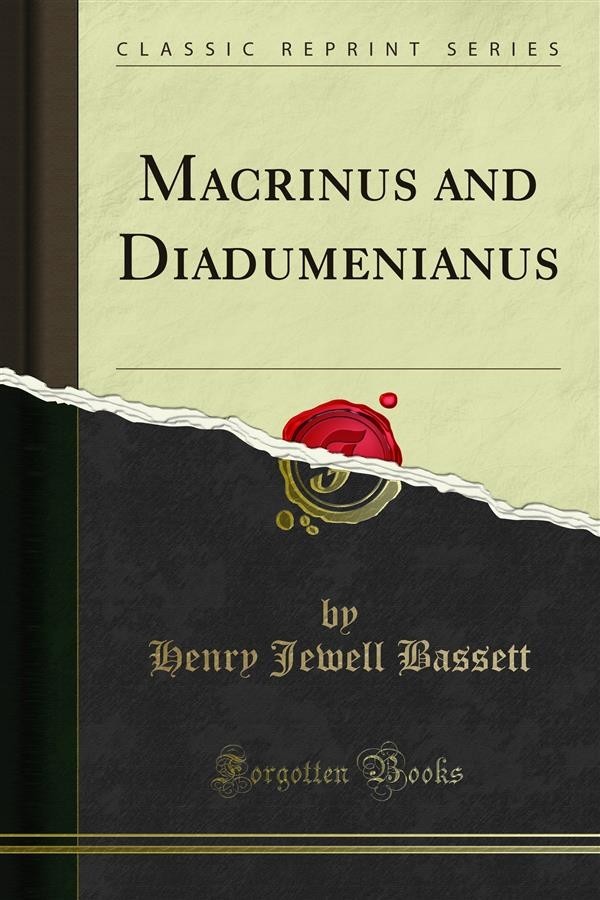 Augusta (macr. 4) does not represent Macrinus as a native African, but states that he was relegated to Africa by Severus, and even mentions one story to the efiect that he was a gladiator who, after his retirement from the arena, withdrew to Africa. The author of the life in the Historia Augusta is prejudiced against Macrinus, and would have been eager to mention it had he really been a Moor in the strictest sense of the term. It is more reasonable to believe that Dio used the words 76 new 76m Mafipos' in a general sense than to conclude' with honn and Klebs21 that Macrinus was of African descent, but that the Scriptor was ignorant of the fact. The date of Macrinus' birth is fixed in the year 164 by Dio's statement (78, 40, 3) that.he was fifty-four years old at his death.