A Geological, Historical, and Topographical Description of the Borough of Reigate and Surrounding District 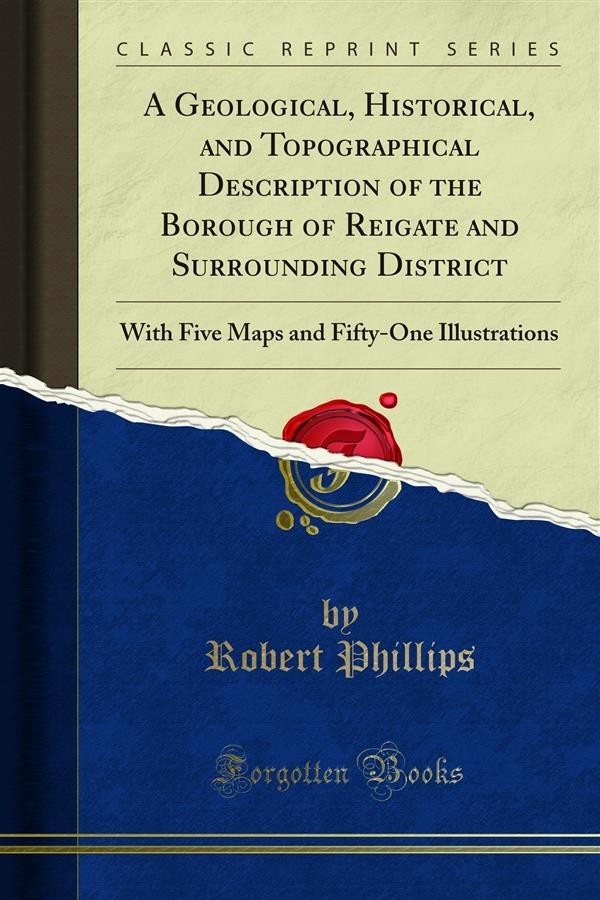 A Geological, Historical, and Topographical Description of the Borough of Reigate and Surrounding District

This borough, comprising the townships of Reigate and Redhill, has, in the space of forty years, passed through a series of changes that have resulted in its establishment as a favourite residential centre. The records of earlier times are included in county histories or hidden in scarce volumes, and the purport of this work is, by compilation from such sources, and from personal knowledge of more recent events, to produce a comprehensive local handbook.<br><br>The vicinity, included in a radius of about six miles, comprises Holmesdale and the Hundred of Reigate: the former is defined by physical geography, the latter by ancient law. Their local peculiarities were apparent until toned down by modem innovations. These subdivisions need be borne in mind when reading the Historical Notes.<br><br>In succeeding chapters special descriptions are given, first of Reigate borough, and afterwards, more briefly, of some eighteen surrounding parishes, since they first had a separate existence; other more distant places and objects of special or local interest being also noticed. In the Geological Notes an endeavour has been made to describe a subject, often accounted dry, in such a manner as to clothe it with interest, so that, whilst to a scientific man a reliable guide for a geological field-day, any intelligent person might derive profitable amusement in the suggested walk.<br><br>The maps have been prepared for this work, and the illustrations are from photographs recently and expressly taken. Their number are increased beyond the first intention in order to include some interesting views; but in this matter, as also in description, there is such an embarrassment of choice, that it was not easy to decide what should be omitted.