An Account of the Mining Districts of Alston Moor, Weardale and Teesdale 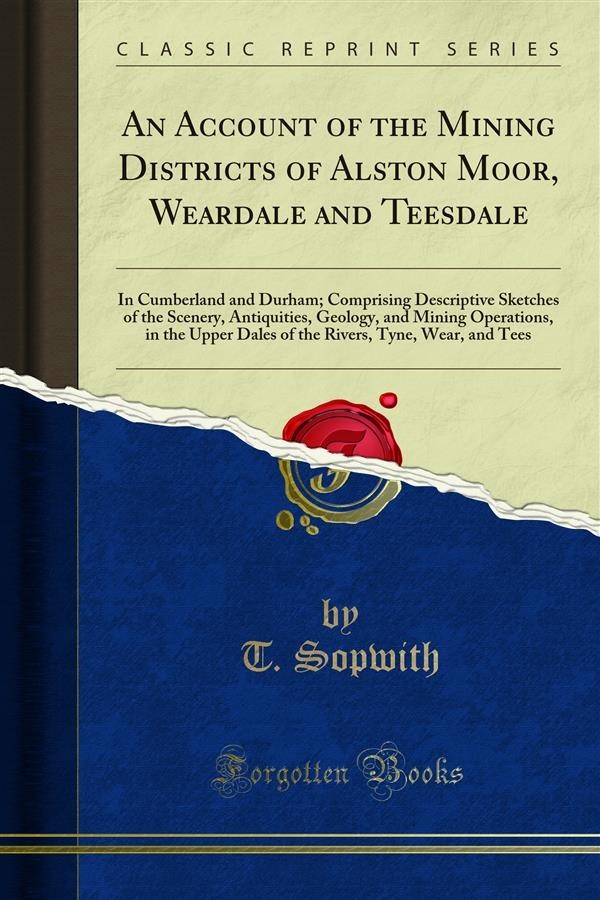 An Account of the Mining Districts of Alston Moor, Weardale and Teesdale

The Lead-Mining Districts of the north of England comprise an extensive range of highly picturesque scenery, which is rendered still more interesting by numerous objects which claim the attention of the antiquary, the geologist, and the mineralogist, and, in short, of all who delight in the combined attractions of nature, science, and art. Of these districts no detailed account has been given to the public; and a familiar description of the northern lead-mines, in which so many persons In this part of the kingdom are concerned, has long been a desideratum in local literature. The present volume aspires not to the merit of supplying this want; but, by descriptive notices of the principal objects of attraction, is intended to convey some general ideas of the nature of the lead-mining districts, and to afford some information which may serve as a guide to those who visit them. the red lines on the small frontispiece map denote the routes, which are more particularly described. These are, from Hexham to Alston, both in the vale of Tyne; from Alston down the Tees to Barnard-Castle, the first point where the dale is traversed by public conveyances; and from the city of Durham, the highest coaching place on the Wear, to Alston.