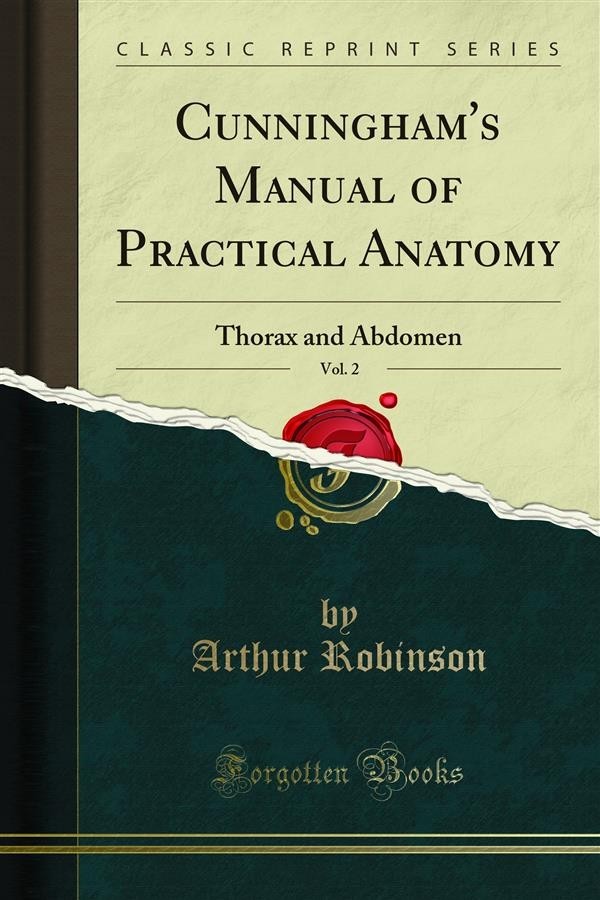 In this edition the general text has been revised, many new figures, representing dissections, sections and radiographs, have been introduced. The introductions for dissection have been printed in a distinctive indented type; in many cases they have been rewritten and in some cases amplified.<br><br>The latter changes, together with the additional figures, have caused so much increase of size that it has been deemed advisable to publish the book in three volumes. Vol. I.: Superior Extremity and Inferior Extremity; Vol. II.: Thorax and abdomen; Vol. III.: Head and Neck.<br><br>As was the case in previous editions, I am indebted to Dr. E. B. Jamieson for many suggestions, for his invaluable help in the revision of the text and for the preparation of the index.<br><br>Mt thanks are due to Dr. Robert Knox, to Major A. W. Pirie and to Major T. Rankin for the use of radiographs, which they very kindly prepared for me, and to Mr. J. T. Murray for the new drawings of sections and dissections.