The Economy of the Animal Kingdom 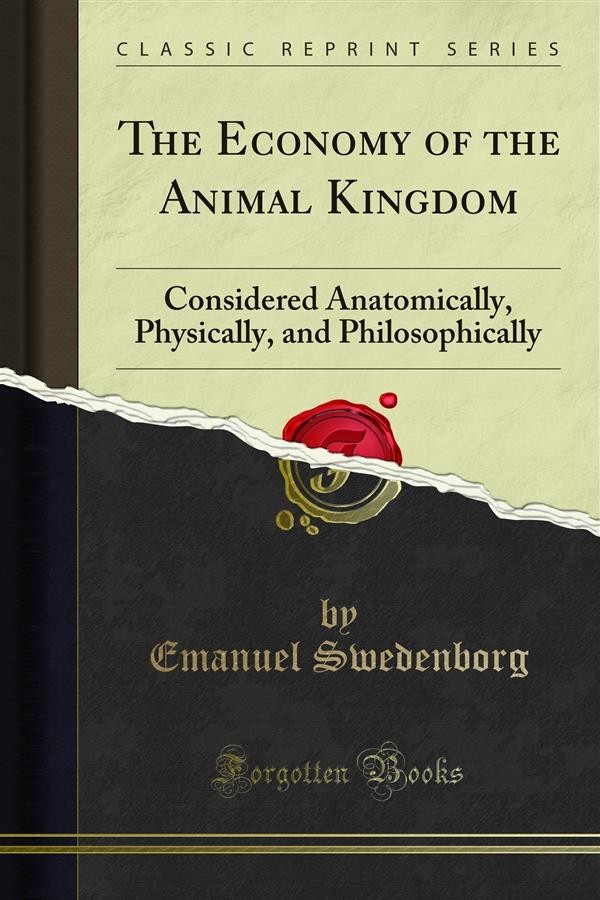 The Economy of the Animal Kingdom

593. But speech, with its words or sounds or articulate modes, flows in otherwise; and indeed even to the soul, not by harmonic affections, but by the changes of state alone, from which every idea of harmony has been clipped off; likewise also by the images of sight and by other modes. 1. Speech consists of diverse modes, altogether differently combined, 2. Thus especially of effects, so that there is nothing naturally harmonious in them; 3. Wherefore they ﬂow, not according to a certain natural harmony, according to the natural order of the organic parts in the fibres and cortical substances, 4. But only by the mutations of state without harmonies. 5. There is something separate and articulate in every syllable, and in every word; 6. Whence a word reports what is as it were simul taneous, but speech from words, something successive, which also must be put forth without harmony. 7. They are only complications formed from diverse openings, closings and de terminations of the mouth, lips, throat, palate and nostrils with the aid of the tongue, then further by diverse openings of the glottis, and a certain arrangement of the trachea and lungs. 8. In every Single syllable, word, expression, is something arti ficial, not natural; 9. Wherefore there are as many languages as there are races of men, as many dialects as there are prov luces of races. 10. The one does not understand the other; it would be otherwise if the languages were natural. 11. There are consonants and vowels variously so formed. 12. There is also a language of the fingers. I 3. There is a language of con ventional gestures, like those of the deaf; these languages ap proach more nearly to the natural Significance of things; but still not by harmonious affections. 14. There can also be a language by contacts alone, and their differences, in the body, in the palms of the hands and elsewhere. 15. There are simi lar languages in sight, nor are they harmonic images but letters variously figured; 16. Thence the written letter teaches the same thing. 17. There is a certain affection but not natural harmony, 18. Wherefore it thus enters towards the soul, but with no natural harmony, so as to be called delightful or nu delightful. 19. Therefore every such thing is plucked away from the words; 20. And they can be pronounced with any tone.