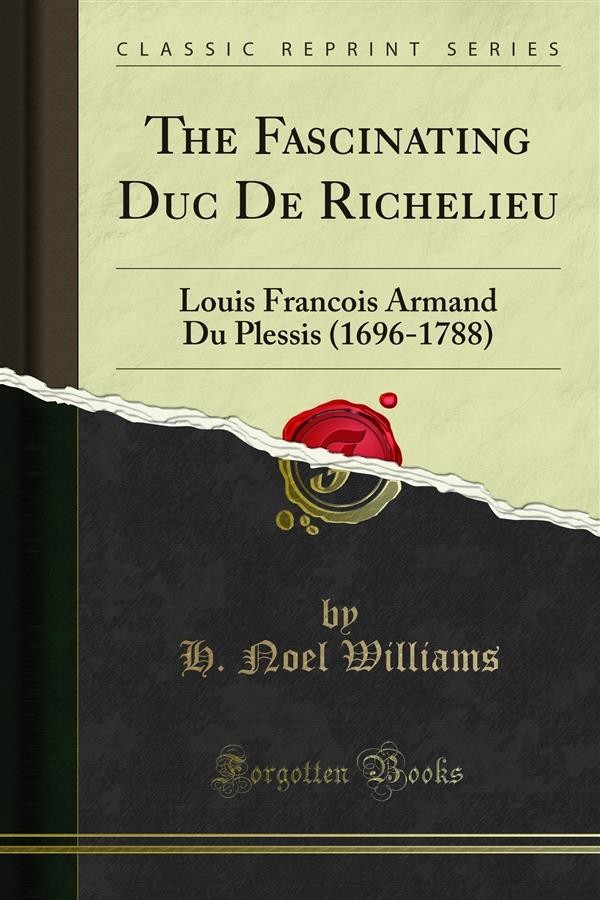 Few names are more familiar to the student of French history in the eighteenth century than that of Louis François du Plessis, Maréchal Due de Richelieu. Born in the year which preceded the Peace of Ryswick, he survived until the very eve of the Revolution, and commanded an inordinate share of public attention almost down to the day of his death, at the patriarchal age of ninety-two. Contemporary memoirs and correspondence are full of his adventures; when he was still scarcely more than a lad, he already enjoyed in Paris something of the fantastic renown which attached to Alcibiades in ancient Athens, while the fame of his amours and escapades had spread far beyond the frontiers of France. Spoiled child of Nature and of Fortune, handsome, debonair, witty, insinuating, magnificent, superbly brave, sublimely audacious, he dazzled the imagination of poets and historians as he dazzled the frail beauties of Paris and Versailles, and left behind him a name which will endure when those of infinitely greater and worthier men are forgotten.