History of the Town of Rye, New Hampshire 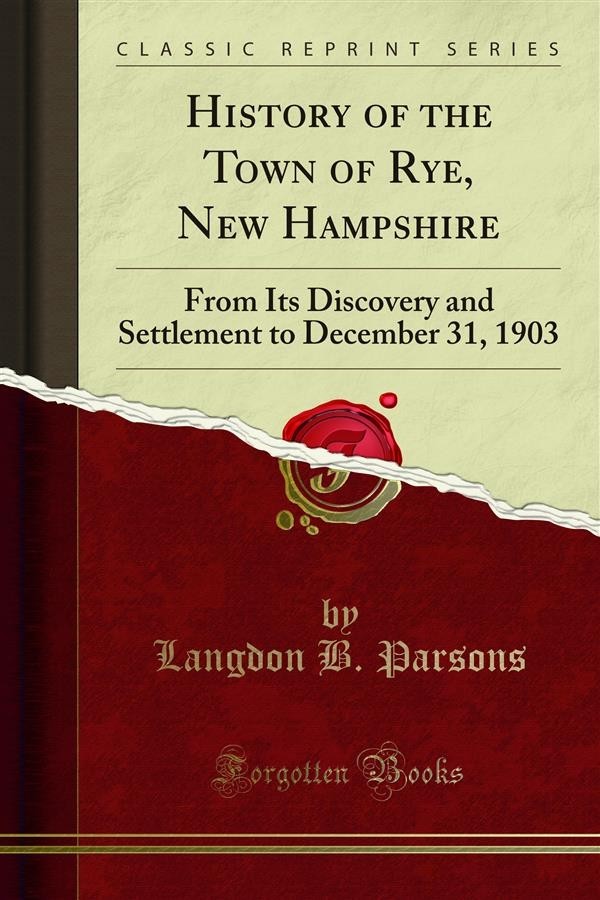 History of the Town of Rye, New Hampshire

Although Rye was not set off from Portsmouth and New Castle as a separate parish or township, by the provincial legislature until 1726, and indeed was not wholly separated from New Castle, politically, until after the Revolutionary war, yet it is proper in writing its history to commence with the earliest history of the state, for the first building erected by white men within the boundaries of what is now the state of New Hampshire was put up, and the first soil of which there is authentic record that it was trodden by white men is now within the boundaries of this town; and it is not certain that one of the earliest exploring vessels, long before any settlement was made on the shores of the Piscataqua, did not anchor for a time in Rye harbor.