John Patton and His Descendants 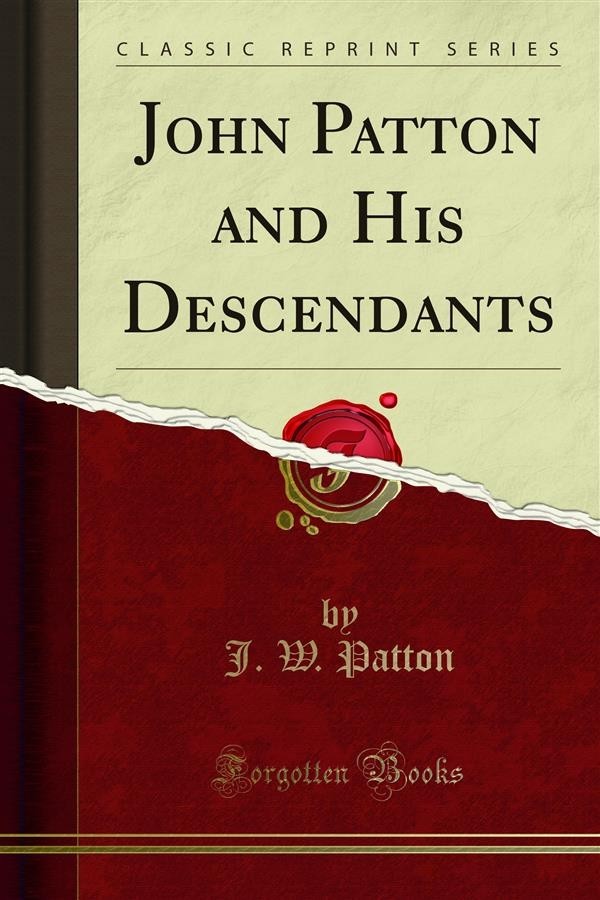 John Patton and His Descendants

In the year 1900 the subject of trying to get a record of all the descendants of John Patton, Sr., was agitated and a committee was appointed to prepare the record. This committee consisted of W. W. Patton, S. T. Johnson and J. W. Patton. Quite a good deal of material was gathered but in some way it was mislaid or lost. Later on many of the relatives asked me to complete the record and have it published, and we here present the result. It is not full or perfect, but we have given all the facts available.<br><br>Some of the families have members, which are not given, but we have not been able, after many inquiries and numerous letters to obtain more information than is here given. We regret very much that we could not have given each descendant of John Patton his rightful place in this record.<br><br>As a matter of explanation, we wish to state, that where members of the family have intermarried we have followed the line of the husband. It was necessary to follow the line of one, and not of both, to avoid counting some children twice. We may have made some mistakes along this line bat we have endeavored to follow the rule.<br><br>In this writing we have not attempted to trace the families of the other brothers or nephews, (we are not sure which they were) of John Patton, who came to Tennessee, at or near the same time. One of these, David Patton, settled at Bradyville in Rutherford County.