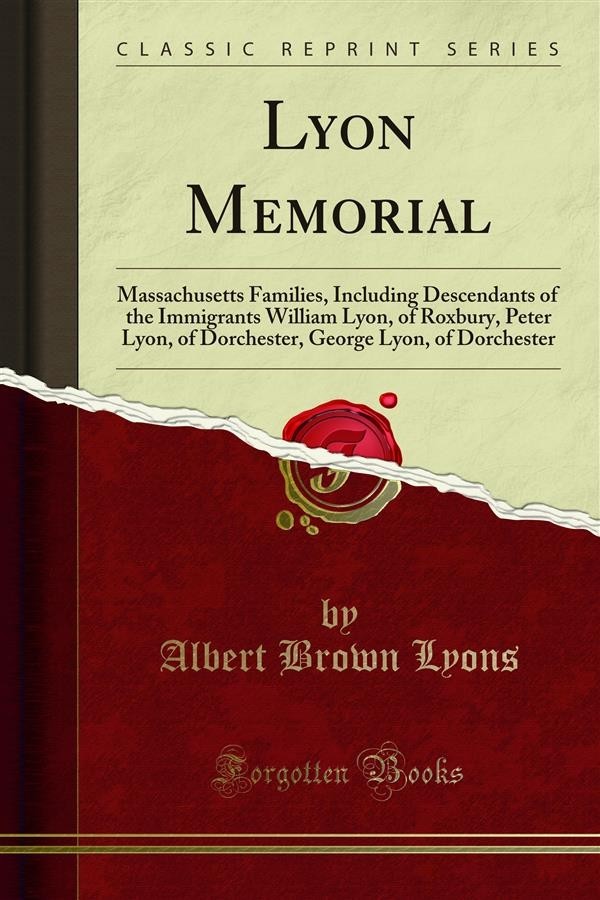 A family history covering eight or nine generations cannot be written in a day. The labor of collecting the data would occupy a man's entire time for a score of years, if an exhaustive work embracing six distinct families were contemplated. The editors of the "Lyon Memorial" have not attempted the impossible. It seemed to them that the time was fully come when the history of the Lyon families of America should be written, and they volunteered their services for some of the difficult pioneer work. They have aimed to lay a secure foundation on which others may build, content, themselves, to erect a serviceable temporary superstructure according to their skill and ability.<br><br>Pecuniary means were not at their disposal for carrying on an extended research into the ancestry of the several immigrants bearing the name Lyon. They have not, indeed, ignored the importance of the inquiry, and they have been able even in this field to gather new information of interest and value. Their energies have been chiefly directed, however, to the unraveling of the tangled skein of the earlier family records in America, and to the gathering of definite knowledge regarding the individual members of each of the pioneer families. To this end, town, church, land and probate records have been diligently searched and many a musty volume of colonial history has been laboriously perused. The origin and explanation of family traditions have been sought, with the general conclusion, on the part of the writer of these lines, that very little weight can be attached to any tradition however persistent or widespread which is unsupported by independent historical evidence. It is necessary only for some imaginative person to make a plausible conjecture; on the morrow it will be repeated as his belief; the third day it will be quoted as matter of common hearsay. The conjecture need not be even plausible, so it is flattering to family pride.<br><br>The Memorial will inevitably contain some errors of fact and mistaken dates. No history that has not been the subject of long critical study is free from such errors. The editors have consulted the most authentic sources of information, and, whenever possible, have quoted their authority.