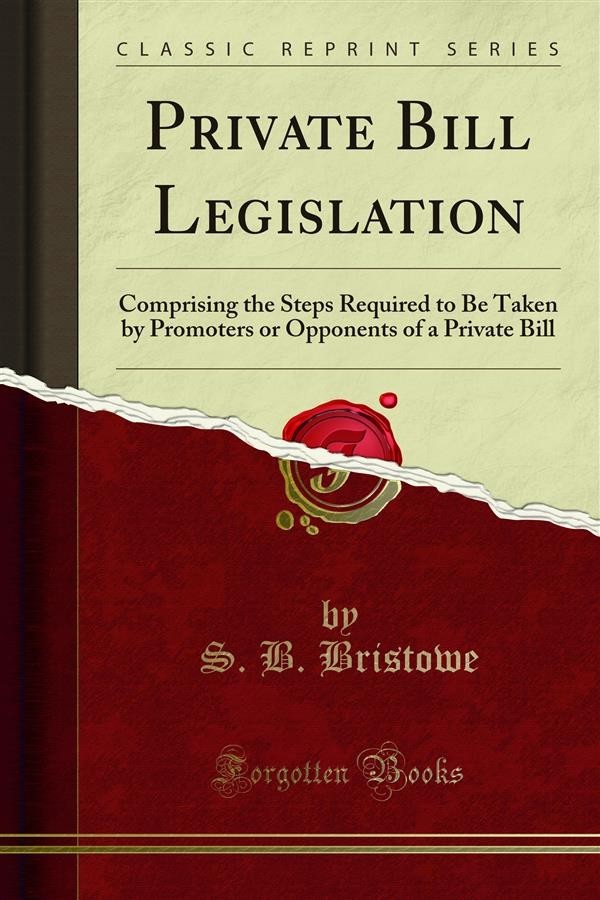 The subject of private bill legislation has within the last 15 years become of such vast importance, particularly since the rise and progress of our railway system, that but little apology seems necessary for presenting the public with a guide to the practice of both Houses of Parliament relative to the bringing in and proceeding upon private bills.<br><br>Although the Standing Orders of both Houses have been greatly simplified of late years, and are now almost identical as to all matters to be proved before the Examiners, yet their present arrangement is such as to make them by no means easy of comprehension to those who are not from almost daily practice perfectly familiar with them.<br><br>It occurred to me some time ago that an edition of the Standing Orders, pointing out their origin and subsequent alterations, might be valuable to any one investigating the somewhat neglected subject of the rise and progress of private bill legislation, and might also be practically useful not only to members selected to serve on committees, but to solicitors, engineers, surveyors, and other persons annually engaged in the promotion of private bills.<br><br>I had begun tp carry out this plan, when it was suggested to me by a friend of great experience in Parliamentary practice, that the value and utility of the work would be greatly increased if I gave in a connected form a detailed account of the steps necessary to be taken by the promoters and opponents of private bills, and of the practice of both Houses respecting them.