The Psychological Methods of Testing Intelligence 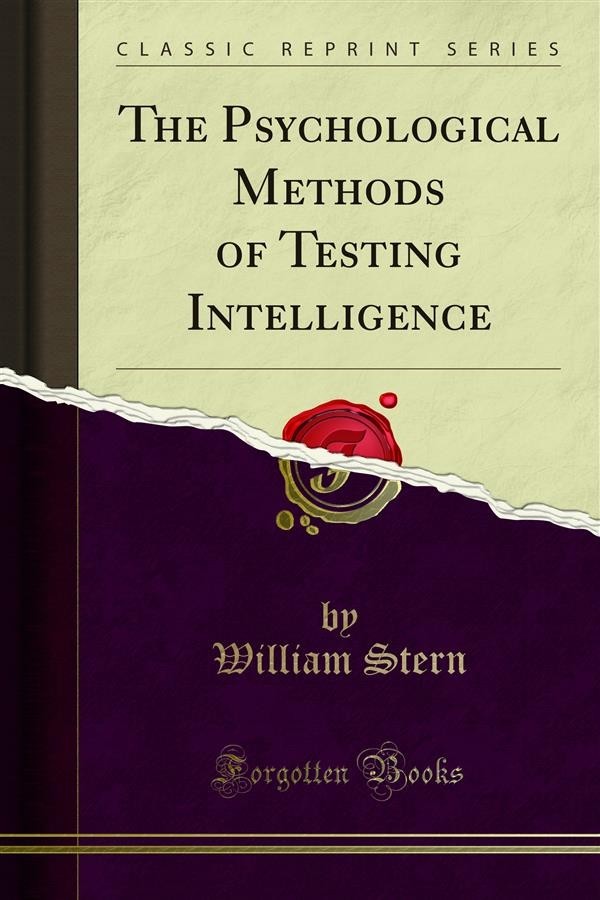 The Psychological Methods of Testing Intelligence

I undertook for the last German congress of psychology, held at Berlin, April, 1912, a general review of the psychological methods of testing intelligence. As I had only an hour at my disposal in my address, I could at that time do little more than outline certain of the main features of this very broad field. It seemed to me, however, hardly desirable to publish the address in the form in which it was given. I felt, on the contrary, that in view of the now ever-increasing interest displayed in the theme both in Germany and elsewhere and in view of the extraordinarily scattered nature of the literature - much of which, by the way, is difficult of access - that an exposition of the topic on a wider scale was demanded. So I have tried to elaborate my original review to this larger scale. I have treated in it three main topics: single tests, the serial method (after Binet-Simon) and the methods of correlation and estimation.<br><br>In the form of my treatment, also, I have overstepped the bounds of the mere "general review."