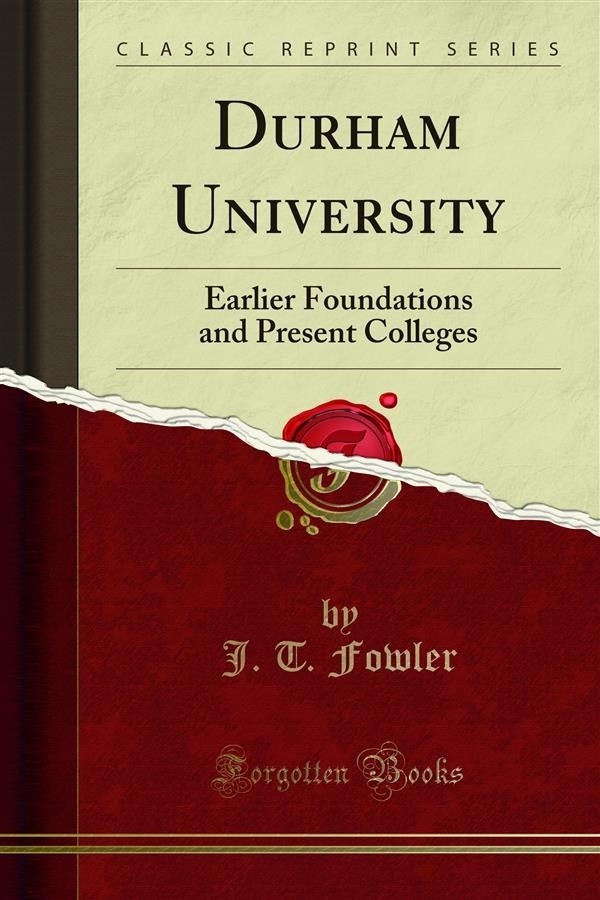 When I began the preparation of this book, I was afraid that a University not yet a century old would hardly afford enough material for a volume in the present series. And, indeed, the historical material is of necessity scanty as compared with that afforded by ancient Colleges and Universities. The want of it, however, leaves all the more room for architectural and biographical matter, and I hope that the descriptions of buildings and the notices of 'Durham Worthies' will be read with interest — at least by Durham men. The illustrations can hardly fail to be acceptable. The first and the last are from photographs by Mr. Edis of Durham, the rest from photographs kindly executed and contributed by Mrs. Powles, a lady whose early connexion with Durham gave her a special interest in the work.<br><br>The Appendices occupy a good deal of space, but they will not be found to be of the nature of padding. Number I. supplements Mr. Blakiston's collections.