Genealogical Record of the Descendants of Henry Mauzy 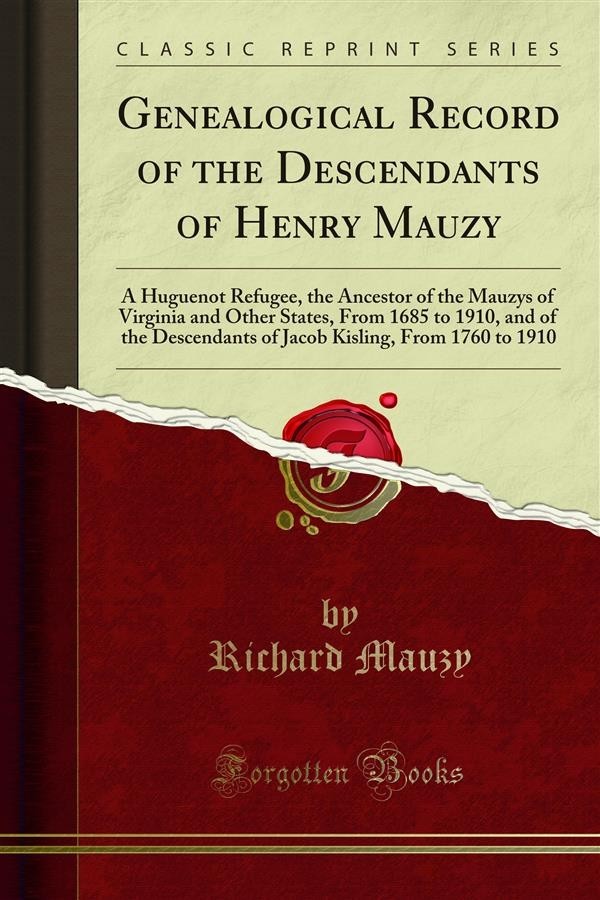 Genealogical Record of the Descendants of Henry Mauzy

One of the descendants of the Fontaines was Col. Fontaine, who, fifty years ago, was President of the Virginia Central Railroad, now the Chesapeake Ohio. It will be observed that the name was Mauzy (pronounced Mozee, with the accent on the last syllable, and the first slightly sounded) when our ancestor crossed the British Channel to England, and has been so spelled ever since wherever found in the U. S., with the exception of a single case, so far' as we are informed, who spells his name Mozee, and he says his name was originally spelled Mauzy and pronounced Mozee.