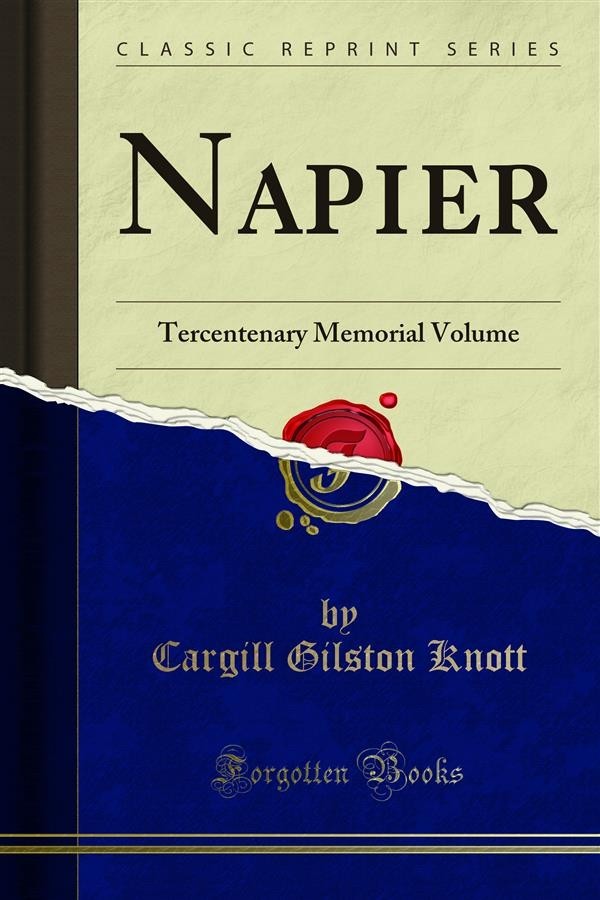 The illustrations arc largely reproductions in facsimile of the title-pages and other portions of Napier's published books. An added interest is the presentation of similar parts of Bürgi's Progress Tabullen, one of tbe few extant copies of which was kindly lent to the Tercentenary Exhibition by the Town Library of Danzig.<br><br>The frontispiece is a reproduction in colour of the life-size portrait of John Napier in the possession of the University of Edinburgh ; we desire to thank the University Court for permission to make the reproduction.<br><br>Our thanks are also due to Miss Napier of Chelsea for her permission to make a reduced copy in colour of the landscape of Merchiston Castle, as it appeared in the eighteenth century, and probably very much as it was in John Napier's own day.<br><br>The Head and Tail Pieces occasionally used throughout the volume arc from the original edition of the Desertptio, published by Andrew Hart. The blocks were kindly supplied by Sir W. Rae Macdonald.<br><br>For tbe Napier Shield and heraldic design on the Cover we are indebted to the advice of Sir J. Balfour Paul, Lyon King of Arms, and to the skill of the Artist, Mr Graham Johnston.<br><br>As regards the Congress itself it is pleasant to recall the goodwill and friendliness which characterised its meetings, attended though these were by men and women whose nationalities were fated to be in the grip of war before a week had passed.