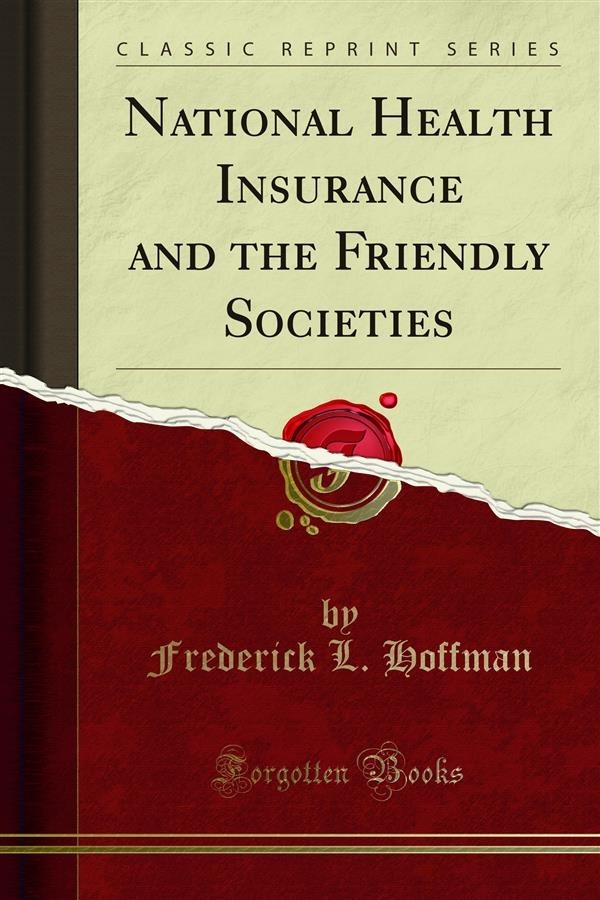 The present address was prepared at the request of the Fraternal Congress, to make accessible to those responsible for the conduct of fraternal societies the essential facts bearing upon the relation of British friendly societies to the British system of national health insurance. It is realized that within the necessary limitations of such an address no particular aspect can receive adequate or entirely satisfactory consideration. An effort, however, has been made to present the subject entirely from the friendly-society view-point, and the references given will make it conveniently possible to extend the inquiry in whatever direction may seem advisable. The material for a thorough investigation is of truly enormous extent, including, as it does, literally thousands of publications of friendly societies for the period since national health insurance went into effect, in 1912. It would have been truly impossible to review this mass of data for the present purpose, but a selection has been made with discrimination and a reasonably thorough knowledge of the past history of the friendly society movement.<br><br>The British friendly societies represent an inspiring aspect of mutual thrift, instituted and fostered entirely by wage-earners in their endeavors to achieve a well-perceived objective, the raising of the wage-earner's standard of life. It is the judgment of those who have impartially considered the facts of friendly-society history that no other social institution has been of equal benefit in developing a democratic spirit of initiative and self-help on the part of those who, in England, are still referred to as the working class. For a hundred years past these societies have been the subject of Parliamentary solicitude, and the long series of Parliamentary investigations which is extant reveals a truly amazing amount of evidence regarding wage-earners thrift and the far-reaching value of voluntary effort, practically disregarded on the part of those who fatuously in 1911 fofced the system of compulsory health insurance upon the British people. The foremost British economists have seldom failed to bear witness to the efficacy of friendly societies in developing the widely diffused abhorrence of poor-relief and the desire for economic independence on the part of wage-earners struggling against economic adversity. They were looked upon one hundred years ago as the mainstay of the effort to oppose the iniquitous workings of an overliberal poor-law, construed on every occasion in favor of the idle and the shiftless and against the best interests of the self-respecting independent workman. It would be utterly impossible even to briefly review the long and honorable history of the British friendly societies, but a few observations may not be out of place if but to emphasize a vast and neglected field of social and economic research full of promise to the impartial investigator free from the bias of socialism and pseudo-social reform.