The Planting of the Presbyterian Church 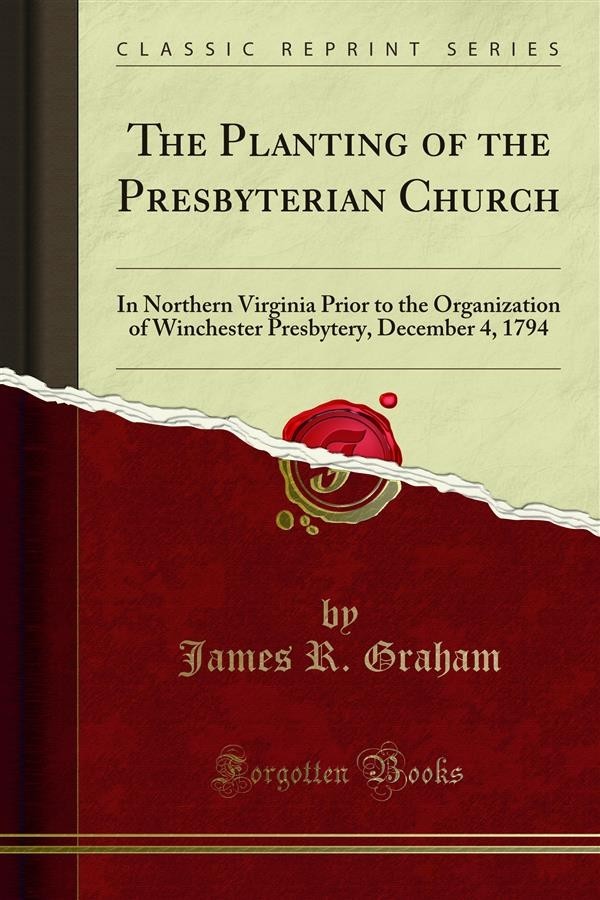 The Planting of the Presbyterian Church

The Presbytery of Winchester displayed equal zeal for the preserva tion of its history. One of the first things it did, after its organization in 1794, was to order its ministers to prepare a historical account of the origin and growth of its respective churches, and when these several accounts were presented to Presbytery, the Rev. Moses Hoge was appointed to com pile from them a detailed history of Presbyterianism within our bounds. And in 1804 the manuscript volume he had prepared was forwarded to the General Assembly. And yet when the present writer, many years ago, enquired of the proper authorities concerning Dr. Hoge's history, he was told that no defi nite information in reference to it could be given; that while there was a mass of manuscripts nominally in possession of the General Assembly, in the absence of any provision for their care, they had been deposited in the basement of some building in Philadelphia. Some of these manuscripts, it was supposed, had already perished, and if Dr. Hoge's History of Win chester Presbytery still existed. It would be impossible to find it, except at the expense of more time and labor than anyone could afford to give.