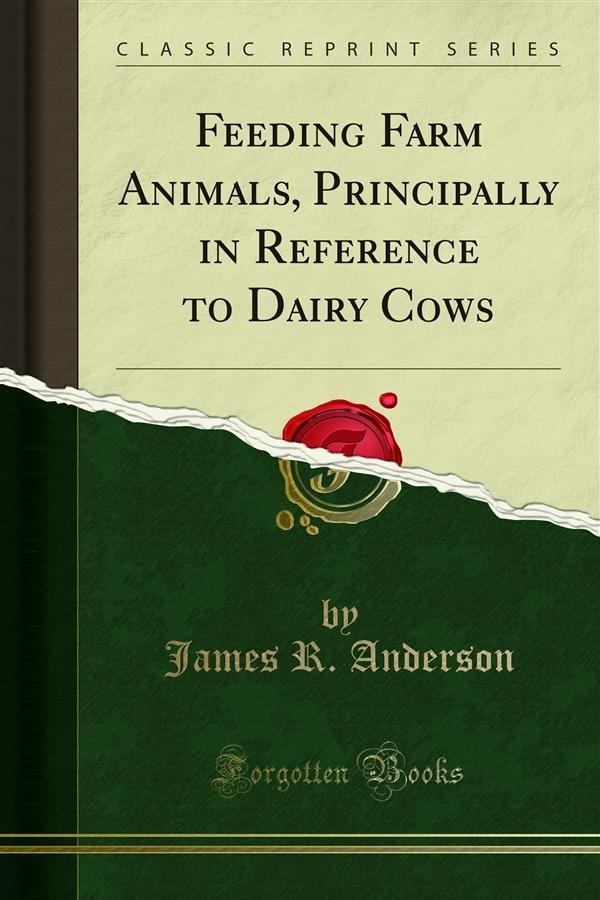 The following is from Bulletin 43, Washington Agricultural College, byProf. W.J. Spillman: -<br><br>"Considerations in Compounding Rations.<br><br>"Amount. In determining the amount of feed an animal ought to have, a number of things must be taken into consideration. Regard must be had with reference to what the animal to do with its food.<br><br>"Let us first consider the case of a mature animal which is neither being fattened for the market, giving milk, producing wool, or doing work of any kind. Such an animal needs food only to supply the heat of the body, the small amount of energy required for the necessary activities of the body, and to repair the small waste of body material going on at all times. Such an animal would naturally need very little protein, and not a large quantity of carbohydrates and fat; and the amount of food required would depend almost entirely on the size of the animal. Under such conditions an 800-pound animal would need half as much food as one weighing 1, 600 pounds.<br><br>"A ration intended for animals under the condition just described is called a maintenance ration. It is supposed to maintain a mature, idle animal in substantially its present condition, when neither growth, increase of fat, milk, wool or work is required of it.<br><br>"Suppose now that the animal in question is a young, rapidly growing one. This animal should have, in addition to its maintenance ration, enough to supply the heavy demand for materials with which to make new body material. Such an animal should not only have more food than a mature, idle animal of the same size, but that food should have a larger proportion of protein in it, because it is protein which builds up the tissues. The activities of a young animal are also usually greater than those of older animals, and the body temperature slightly higher. Hence they need slightly more carbohydrates and fat than older animals in proportion to their weight.<br><br>"In the case of animals that are expected to lay on fat it is plain that they should have large amounts of carbohydrates and fat, in addition to their maintenance ration. But since fat animals that have large proportions of lean meat amongst the fat are much more desirable for meat-making purposes than those that are simply a ball of fat, and since an animal that is to continue a long, rapid growth must develop large, strong bones to carry its heavy carcass, it is also plain that fattening animals should have liberal supplies of protein, especially in the earlier part of the fattening period, when growth of frame is so desirable. It is only during the finishing up period that the amounts of carbohydrates and fat should run considerably ahead of the already large supply of protein.<br><br>"In the case of cows giving milk, it should be remembered that the casein and albumen of milk are made from protein; while the butter fat and milk sugar are made from carbohydrates and fat. It is plain, therefore, that a milk cow needs, in addition to her maintenance ration, a quantity of protein, carbohydrates and fat proportionate to the amount of casein, albumen, fat and sugar she is producing..