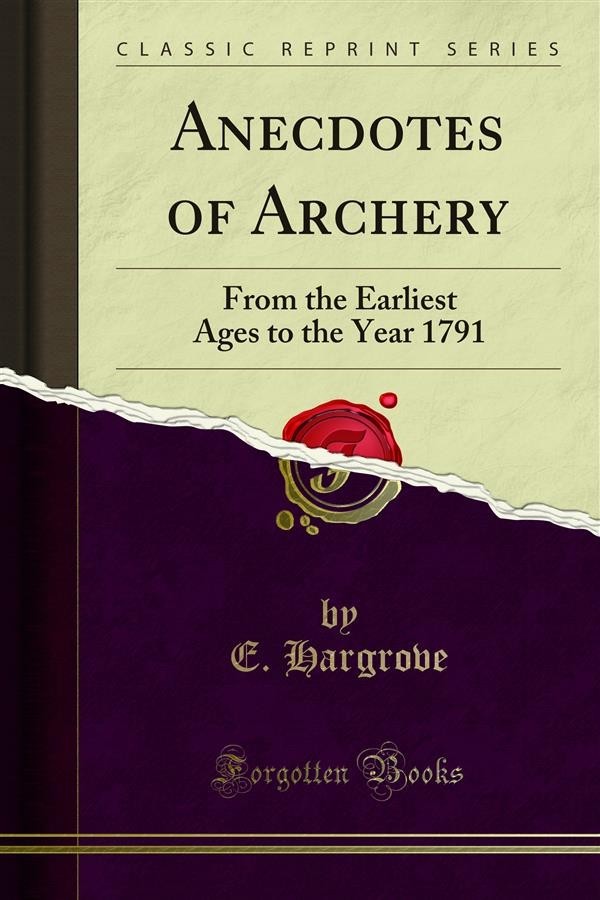 The Bow is the most ancient, and hath been the most universal, of all weapons; and probably was used against the beasts of the forests, long before men made war upon each other: - We find it used by the most powerful and civilized, as well as the most barbarous and uncultivated, nations. In Holy Writ we are told Isaac called his son Esau, and said, "Now therefore take, I "pray thee, thy weapons, thy quiver and thy bow, "and go out to the field, and take me some ve"nison; and make me favory meat, such as I "love, and bring it to me, that I may eat, that "my soul may bless thee before I die."<br><br>Jonathan, the son of Saul, was a skilful Archer; but it seems this weapon had been neglected amongst the armies of Israel, for in the fatal battle near mount Gilboa, betwixt Saul and the Philislines, we are told. "The battle "went fore against Saul; and the Archers hit him; "and he was fore wounded of the Archers.