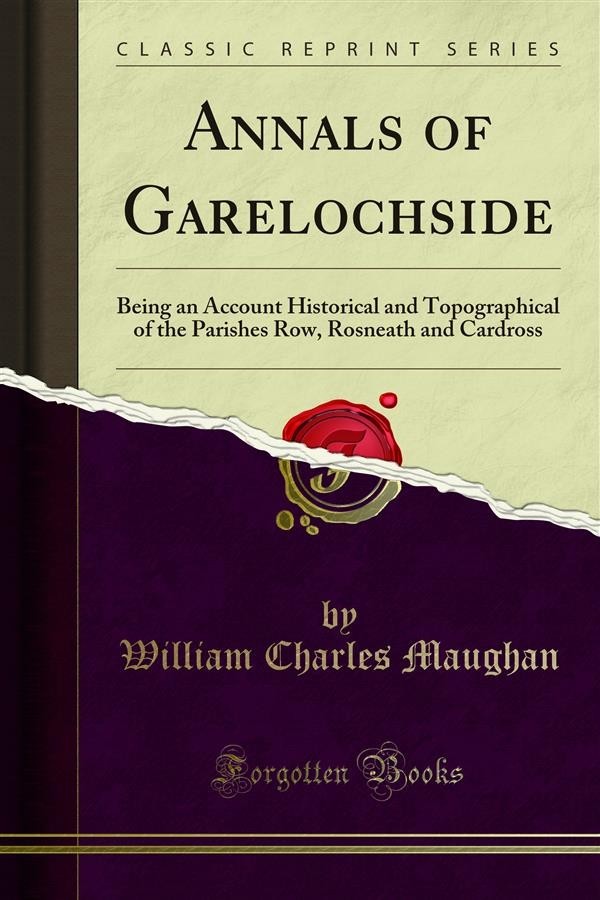 The success which attended his book Rosneath: Past and Present, has encouraged the author to attempt a larger work treated in a similar style. There is so much of interest in the whole neighbourhood of the Gareloch, and it is such a favourite resort in summer, that it is hoped that a careful topographical study of the parishes of Row and Cardross, as they existed in the latter part of last century, and coming down to the present day, will secure approval. It is thought desirable to incorporate Rosneath with the other parishes, because the author has gained much additional information upon the subject. Many noble families have owned the lands near the Gareloch, and played their part in the affairs of the nation, although in some instances, they no longer are connected with Dunbartonshire.<br><br>The first part of the book treats of the County of Dunbarton as a whole, and gives some details as to the life and pursuits of the inhabitants of that part of Scotland. Particulars regarding the old industries and occupations, as well as about the social habits of the landowners and peasantry, and the many changes in the ownership of the estates, form an interesting and instructive picture.<br><br>In discoursing upon the separate parishes of Row, Cardross, and Rosneath, the author wished to point out the ancient holdings of the various families, and to specify what they did to bring out the resources of the soil. The old ecclesiastical divisions are noted, and details given which will be acceptable to the student of Church history.