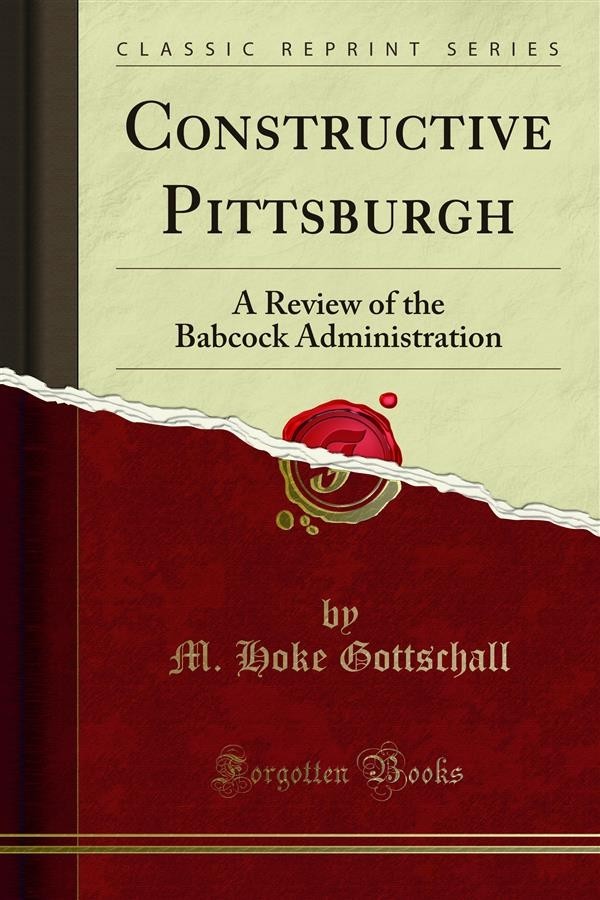 On the occasion of a testimonial dinner to Mayor Babcock at the close of his administration, it is eminently fitting that there should be presented, clearly and succinctly, the record which he made.<br><br>Never before had a conspicuously successful business man been willing to make the sacrifice which a term in the Mayors office entails. He accepted the call out of a sense of public duty at a time of crisis in the City's history.<br><br>The obstacles he met and overcame are not appreciated as much by us of contemporary times as they will be when the troublous period is set out in bold relief by the passage of years. From the viewpoint of the present, however, with the facts and figures before us, it is possible to make comparison between his pledge and performance and between the Pittsburgh of yesterday and the Pittsburgh of today.<br><br>This comparison, and comment thereon, follows. It is submitted in the hope and confident belief that the credit which is his due will be given.