Guide to the Gallery of Reptilia and Amphibia 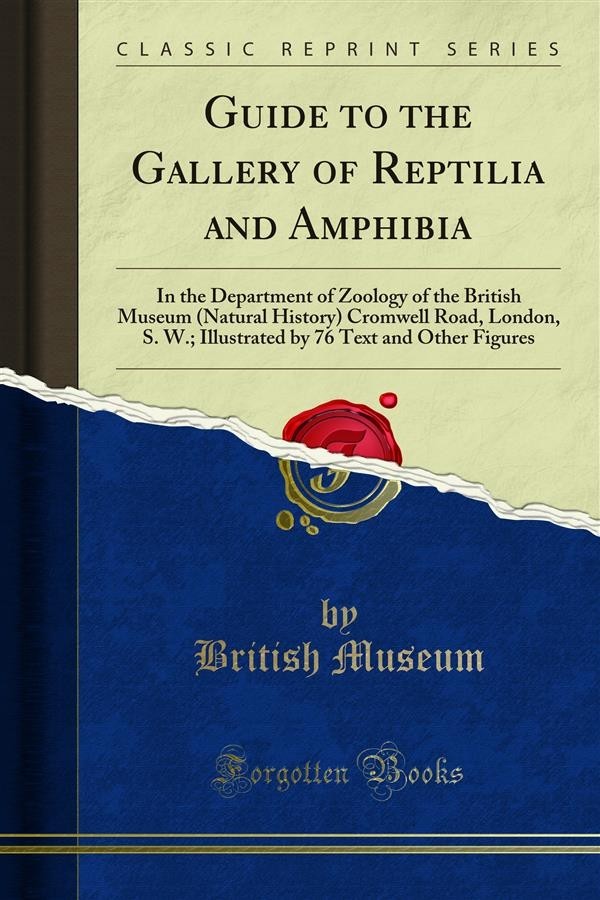 Guide to the Gallery of Reptilia and Amphibia

The Reptilian Gallery in the Zoological Department of the Museum is primarily devoted to the exhibition of specimens of recent Reptilia and Amphibia, the extinct forms being displayed in a gallery in the Geological Department, to which there is a special guide-book. Recent Reptiles cannot, however, be understood without some knowledge of the extinct kinds; and it has accordingly been deemed advisable to exhibit specimens of a few characteristic examples of each of the more important extinct groups. In addition to these, from considerations of space, the skeleton of the great Dinosaur Diplodocus presented by Mr. Andrew Carnegie is exhibited in this gallery.<br><br>The specimens are numbered consecutively, commencing with the Crocodilia and going round the gallery to the Chamæleons. After the latter come the Amphibia. The groups are not described in quite the same sequence in this Guide; at the same time every specimen is numbered, and the corresponding number can be found in the Guide without any difficulty.